Home : Reviews: Song Of The South

Song Of The South User Reviews

by Dave Koch Post your Comments or Review
This page has been viewed 2064 times this month, and 14890 times total.


Song Of The South.

A Disney classic that deserves to be seen again.


I've seen this film..when it was


And I never found it racist or

unreal in any way.


The relationship between the three


I never felt that there was anything

offensive in their realtionship.


The animation and songs blended

well in this film.


I can see no reason why "Song

Of The South"can't be returned to it's

fans and be seen by today's audiences.


It's about time that the damn NAACP

stopped complaining about this film and

deciding that it should remain out of the

public eye for the benefit of audiences.


Let the public decided if this Walt

As a American who is black, I want to see this released again. I remember seeing this when I was really young, and the singing was awesome! I want my kids to see it too. No one asked me or anyone that I know if they should seal this movie up because of racial content. It's not fair that because they are in the forfront, they can have their voices heard.
Put out a poll to the regular working people and see what they say. I say bring it back out!
Valeira Hughes
5 of 44 people found this review helpful

I was fortunate enough while stationed in Japan to rent the Japanese Laserdisc release of this classic. The live action portions are painfully strained (not due to racial overtones; just a script that is weak and acting that pushes cute to regions beyond), but the animated sequences are brilliant. As an aside, what was really bizzare was to select the Japanaese language soundtrack; watching James Baskett and Hattie McDaniel speaking in Japanese is TOO funny. Knowing that it would never be re-releases in the US, I did make a VHS dubbing of it (in english), but I still have memories of Japan, because all of the songs (which were NOT dubbed) are subtitled in kanji and kana. Maybe, with the relaxed attitute that the studio is having with some of the previously-censored shorts being released in the :Disney Treasures" series, we may get a chance to see this once agin. We can hope...
3 of 35 people found this review helpful

You would think the racial climate in the United States would be such by now that we could see this movie for what it really is ,an inovative work that combines animation with live action, with some catchy tunes to boot . Oh well too bad.
3 of 32 people found this review helpful

Song of the South is one of the great hidden treasures of Animation, scarcely seen not because of a lack of quality (it is excellent) but due to racial tensions in the United States. The songs are by and large all classics by now. The animation is crisp and funny. James Baskett's Uncle Remus is sympathetic and magnetic. This is one effort that cries out to be heard."
18 of 76 people found this review helpful 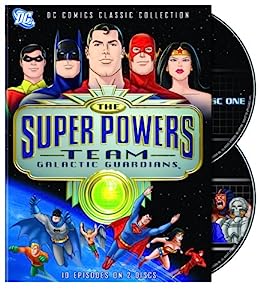