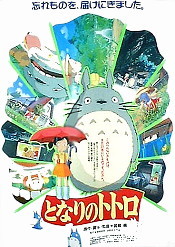 Post your Comments or Review
This page has been viewed 835 times this month, and 5099 times total.

I checked this one out for animation, to see something different. The animation is brilliant; bright, colorful, effective, never a letdown.
Storywise, it is still original. As movie critic Roger Ebert said about it, it is a story told around two little girls, and not a boy.
While it may be from another culture and I am only aware of the English dubbed version, it was still an amazing watch.
While the characters appear to be westerners, the story and locale is clearly the Orient. I do wish the characters had had an Oriental look to them.
The only culture clash I can perceive is the bath scene, in which the girls bathe with their father.
I'm not one to dismiss the ways of other cultures, but this one I would heartily recommend if a small American child were to watch it, that they have an adult present in case there are any questions about that moment.
I did watch this with a young relation and did explain that it was a different culture than what we have in America.
But would not expect anyone to be discouraged from seeing this or having young ones watch it because of one scene that really isn't troublesome for a child who has it explained to him or her.
The silent moments are strong, the uncertainty of what to expect are humanistically real, and the fantasy is magical. The music is tremendously memorable.
Nothing I can say about that cat-bus. YOu got to see it to believe it and it is a show-stopper.
I bought this on tape a couple of years after watching it on a rental and still think about it.

1 of 15 people found this review helpful 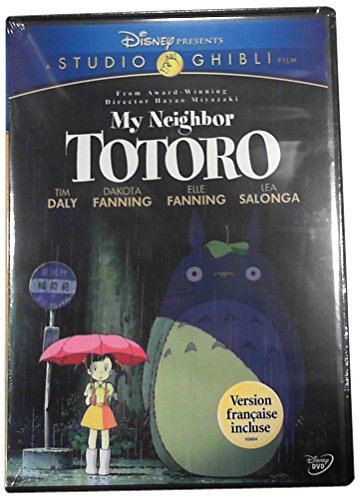