Post your Comments or Review
This page has been viewed 1050 times this month, and 3880 times total.

"King Tut's Tomb" is one of the very best Heckle & Jeckle cartoons, just a notch below "House Busters". "King Tut's Tomb" features some clever ideas and interesting visual compositions. There's even a brief appearance by a cartoon version of Harpo Marx ... a nice way for TerryToons to admit that Heckle & Jeckle were strongly influenced by the Marx Brothers. Also, I'm impressed that the TerryToon artists who worked on this cartoon correctly colored Harpo's hair RED. Most cartoon depictions of the Marx Brothers (such as Warner Brothers' "Hollywood Steps Out") make the mistake of giving Harpo BLOND hair.
"King Tut's Tomb" builds to a musical climax featuring an ancient Egyptian jukebox. The snappy musical routine at the end isn't as funny as this cartoon's first half, but you'll have so much fun you won't care. I usually don't like cartoons with Egyptian themes, because they tend to recycle the same unfunny "walk like an Egyptian" gags. "King Tut's Tomb" is the glorious exception.
On a scale of 1 to 10, "King Tut's Tomb" rates a 9.
3 of 15 people found this review helpful 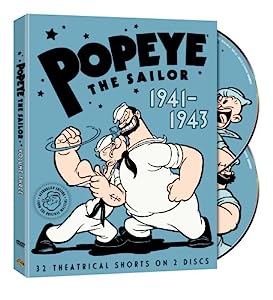