Post your Comments or Review
This page has been viewed 642 times this month, and 3237 times total.

I really like Musical Memories. It's a heart-warming tale of Love through the ages that manages to fit in some Fleischer humour in as well. The 3d effects are overwhelming. I have only seen the redrawn Popeye cartoons so this was my first experience to the wonders of the Stereopticon turntable. I recommend this cartoon, especially for the elderly who can reminisce with the period backdrops and music.
1 of 15 people found this review helpful

This short is recalls the lives of an elderly couple as seen through a series of nine set pieces viewed through an old fashion Stereopticon, which was the precursor to today's Viewmaster for seeing three dimensional pictures. It is also significant in that features the greatest use of Fleischer's Stereoptical Process that created all of those wonder three-dimensional background effects. Since each scene is supposed to represent a 3-D slide, each has a 3-D background set up, some having more than one within the set piece. At one time I believe I counted some 30 3-D set ups in this short along. For that reason this short takes the prize for the most use of 3-D effects. It's drawback is the final scene turning from drawn 2-D characters to three dimensional figurines rocking in their chairs. Although many people do not seem to like this short, it deserves better consideration just for the set pieces and the recreation of period atmosphere.
1 of 13 people found this review helpful 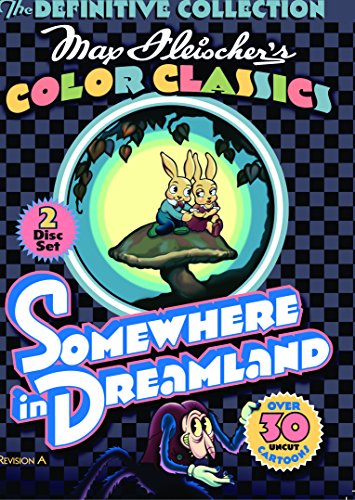