Challenge of the Super Friends

The Pied Piper From Space

The Pied Piper From Space

Post your Comments or Review
This page has been viewed 233 times this month, and 1112 times total.


The Pied Piper From Space

This episode reminds me of the twilight zone. I often wonder if the creators of this episode had that in mind.
Anyway, it was interesting.
The weird music was superbly used to give the viewer the idea that something sinister was going to take place. The first clip we come to has a child summoned from his sleep to join the UFO in a journey to some unknown destination. Then, we cut to two children, named Susan and Eric, who are also summoned by the UFO to this unknown destination. Next, the UFO journeys to Paris, New York, and other major locales around the world to round up yet more children.
By the time the Superfriends are alerted, thousands of children, including the Wonder Twins, are summoned to Monument Valley, in Arizona. I thought that Monument Valley was in Utah. No matter. These children are in some remote desert area in the US, awaiting further orders. The strange music returns again, summoning the children into the ships. When Superman and Wonder Woman try to stop the commander of the UFO's, they are treated to a nice trip to an anti-matter universe.
When Batman and Robin try to stop the children from going into the ships, they are blasted by the eyebeams of the children. They then take a trip around Monument Valley in Batman's jet, which is rigged to carry them to their deaths.
Then, Aquaman tries to stop the Wonder Twins from going with the UFO's, but is zapped by the same eyebeams.
By the time the Superfriends are regrouped, the mastermind has left the planet with the hypnotized children. They then locate the UFOs' position on the military tracking computer.
Meanwhile, on the planet Nophan, the children and WonderTwins are unloaded from the ships, where they meet their taskmaster, who plans to keep them enslaved on the planet forever.
Gleek, who stowed away on one of the UFO's, track down the twins to break the spell. He manages to get them to touch, and it works. The twins are now out of the control of the taskmaster. Once freed, the twins and Gleek track down the taskmaster in some secret lair. They end up being trapped.
The other Superfriends finally arrive to the planet. In order to get to the taskmaster, they must fend off the children's eyebeams. The Superfriends catch up to Gleek, who alert them to the twins' location. Superman, with his x-ray vision, locates the twins and burrows a hole to get to them. The other Superfriends climb through the hole. They finally locate the taskmaster, who ends up being a child. This child was exiled from his home planet, and wanted to make planet Nophan a planet for children.
Batman frees the Earth's children from the mind control, and they are returned to Earth. The child "genius" is handed over to the authorities of his home planet.
The plot was easy to understand, and the storyline was original. So, it gets a 3. Nothing spectacular, but it was good.
0 of 11 people found this review helpful 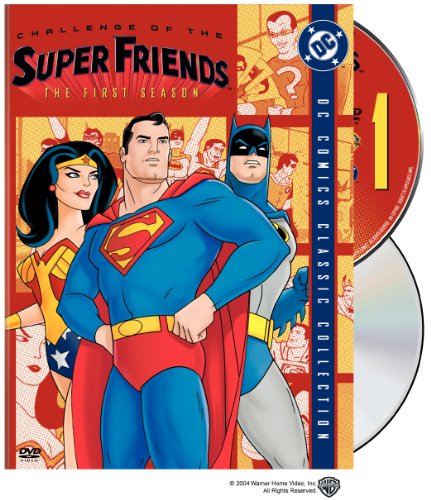