Other Studios : O : Omation Animation Studio : Back At The Barnyard : Sloshy Sloshy

Sloshy Sloshy (2007) - Back At The Barnyard Cartoon Episode Guide

Post your Comments or Review
This page has been viewed 448 times this month, and 1917 times total.
>Unknown Tag: 'short_stud_crew'

Based on the 2006 Paramount Pictures animated feature film "Barnyard: The Original Party Animals."

Otis and his gang of fun-loving farm animals move from the big screen to Nickelodeon television. The series follows the adventures of a group of party animals who live colorful lives undetected by the humans living around them.

Picking up a few years after the feature film left off, "Back At The Barnyard" chronicles the animal shenanigans that take place in the barnyard when the farmer's back is turned. The series centers around a carefree party cow named Otis, who has recently become the patriarch of the farm. He is driven by an endless need for fun and frivolity while avoiding close calls with humans and other threats to the animals' unconventional way of life. Raised on the farm but wild at heart, Otis has an insatiable zeal for laughter, happiness and the pursuit of a good time, though these schemes of having "human fun" often leave him and his friends in a jam. But his responsible side ultimately wins, and Otis does the right thing, remaining a true leader to his barnyard friends. He and his band of malcontents, including his best friend Pip, sassy smart-mouthed cow Bessy and loyal-to-a-fault Pig, will stop at nothing to squeeze every last drop of fun out of their time in the barnyard.

Do you have anything to add to this page? Have we made any mistakes... or do you have any additional information about Sloshy Sloshy? If so, we would love to hear from you. Please send us a quick note with your additions or corrections to this page, and we will make the corrections as soon as possible!

Do you love Sloshy Sloshy, or do you think it is the worst cartoon ever? Let us know what you think! Surely you have an opinion... so share what you think. Take a minute and post your own comments about this cartoon here. 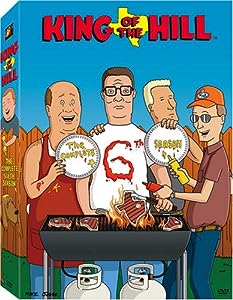