by Dave Koch Post your Comments or Review
This page has been viewed 735 times this month, and 3214 times total.
>Unknown Tag: 'short_stud_crew'

Magilla mentions Yogi Bear near the end of this cartoon.

Magilla Gorilla holds a special distinction for two reasons: First, Magilla (along with Peter Potamus) was one of the few cartoons to begin its run in syndication and then move to network television. Magilla Gorilla was picked up by ABC on January 1, 1966. Secondly, the show was one of the first to be created in conjunction with a toy company (Ideal Toys) in order to market character toys immediately. This series followed up on such Hanna-Barbera characters as Yogi Bear and Pebbles Flintstone, which had spawned successful Ideal lines of toys and games.

Also of note is the fact that in its third year, when it was picked up by ABC (from syndication), Ricochet Rabbit and Droop-a-Long was switched with Breezly and Sneezly from Peter Potamus and his Magic Flying Balloon in an effort to promote the hippo's show, which was trailing in the ratings.

Different Magilla Gorilla theme music is used in this episode. It will be used through "Private Magilla."
Traditional, Hand-drawn Animation.

Do you have anything to add to this page? Have we made any mistakes... or do you have any additional information about Big Game? If so, we would love to hear from you. Please send us a quick note with your additions or corrections to this page, and we will make the corrections as soon as possible!

Do you love Big Game, or do you think it is the worst cartoon ever? Let us know what you think! Surely you have an opinion... so share what you think. Take a minute and post your own comments about this cartoon here. 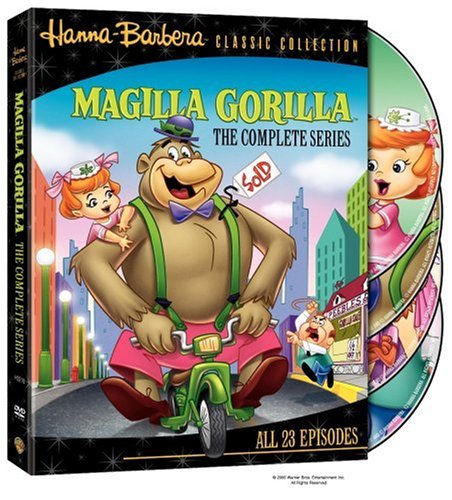