Post your Comments or Review
This page has been viewed 1212 times this month, and 10637 times total.
>Unknown Tag: 'short_stud_crew'

Release date is that of Hollywood premiere; general release date was November 21, 2008.

Bolt began life as American Dog, and was to be written and directed by Chris Sanders. Some of the earlier voice cast members announced included Woody Harrelson (Rhino), Mario Cantone (Cat), Jennessa Rose (Ruthie), Liv Hutchings (Sarah), Thomas Haden Church, Bernie Mac and Bruce Greenwood. Then, in 2006, a rough cut of the film was shown to John Lasseter. Based on that viewing, Lasseter removed Chris Sanders as writer/director because, "...he couldn't take it to the place it had to be."

Chris Williams and Byron Howard were brought in, with Dan Fogelman helping on the writing tasks. They were tasked with creating a whole new film from the ground up in eighteen months.

Disney developed new technology in non-photorealistic rendering (NPR) to give the film a special visual appearance. The designers aimed for a soft Americana look to the movie, and were inspired by the paintings of Edward Hopper and the films of Hungarian-American cinematographer Vilmos Zsigmond.

Bolt was not based on any specific breed of dog. He was modeled on the American White Shepherd breed of dog, with other dog characteristics mixed in.

The budget for this film was almost 150 million dollars. Its theatrical release brought in over 300 million.

This was the 48th film in the official Disney list of animated films.
Estimated budget of $150 million.
This film made $310 million in it's initial theatrical release.
3D CG Animation.

Do you have anything to add to this page? Have we made any mistakes... or do you have any additional information about Bolt? If so, we would love to hear from you. Please send us a quick note with your additions or corrections to this page, and we will make the corrections as soon as possible!

Do you love Bolt, or do you think it is the worst cartoon ever? Let us know what you think! Surely you have an opinion... so share what you think. Take a minute and post your own comments about this cartoon here. 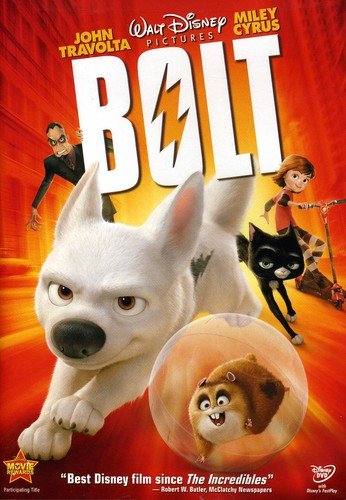 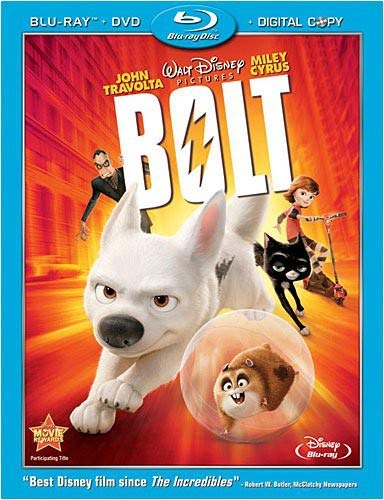