Other Studios : S : Studio Ghibli : Gake No Ue No Ponyo

Additional Information about the Feature Film Gake No Ue No Ponyo 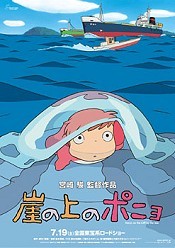 Gake No Ue No Ponyo

Gake No Ue No Ponyo

English Title: Ponyo On The Cliff

Gake No Ue No Ponyo (Ponyo On The Cliff, Ponyo on the Cliff by the Sea) (2008) Feature Length Theatrical Animated Film

Post your Comments or Review
This page has been viewed 213 times this month, and 3405 times total.
>Unknown Tag: 'short_stud_crew'

Alternate Title: "崖の上のポニョ."
English Titles: "Ponyo On The Cliff," "Ponyo on the Cliff by the Sea," "Ponyo On A Cliff."

Miyazaki based the five-year-old boy of the story on his grandson, the son of "Tales From Earthsea" director Goro Miyazaki.

Instead of supplementing 2-D animation with even more computer-generated work, as Studio Ghibli had done in recent years, Miyazaki intends to make the new cartoon with a hand-painted look resembling pastel watercolors.

Miyazaki will "go back to his origins and use not any CG," said Studio Ghibli president Toshio Suzuki. "Instead, he will use simple, childlike drawings. He intends to make something different from his previous films."

Ponyo is set by the sea. The setting is inspired by Miyazaki's 2005 stay on Japan's Inland Sea, famous for its scenic views.

Do you have anything to add to this page? Have we made any mistakes... or do you have any additional information about Gake No Ue No Ponyo? If so, we would love to hear from you. Please send us a quick note with your additions or corrections to this page, and we will make the corrections as soon as possible!

Do you love Gake No Ue No Ponyo, or do you think it is the worst cartoon ever? Let us know what you think! Surely you have an opinion... so share what you think. Take a minute and post your own comments about this cartoon here. 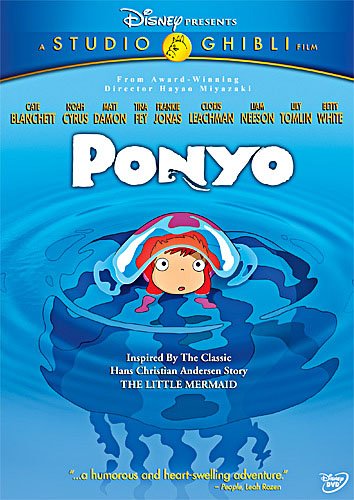 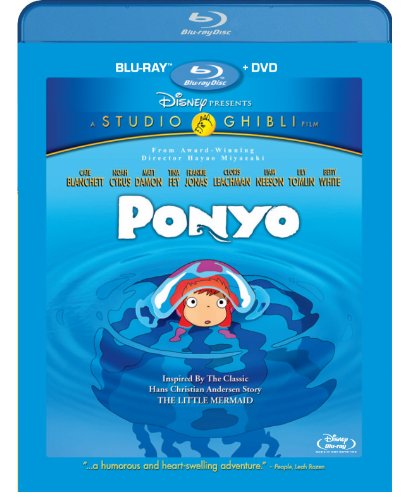