Post your Comments or Review
This page has been viewed 180 times this month, and 1926 times total.
>Unknown Tag: 'short_stud_crew'

Jonny Quest is one of the longest running Saturday morning cartoon shows of all time, alongside such mainstays as Scooby-Doo and Fat Albert. Unlike Scoob and Al, however, only a mere 26 episodes were produced of the original Jonny Quest.

Jonny Quest originally ran in primetime on ABC during the 1964-65 season, but much like Hanna-Barbera predecessor The Jetsons, the program didn't find success until it moved to Saturday morning. When it hit, it hit big. Jonny Quest ran on CBS from 1967-1970, then back to ABC through 1972. In 1978, the program became part of The Godzilla Power Hour, and in 1979, Jonny Quest moved to NBC, where it stayed until 1981. All that milage on twenty-six original episodes- pretty impressive.

Hanna-Barbera rebooted the character in 1986 in The New Jonny Quest, a segment on The Funtastic World of Hanna-Barbera. This lasted thirteen episodes.

In 1996, the Turner Company released an updated, all-new series entitled Jonny Quest: The Real Adventures. This new series featured an additional character in Jessie Bannon, the daughter of Race, and made extensive use of computer animation.
Traditional, Hand-drawn Animation.

Do you have anything to add to this page? Have we made any mistakes... or do you have any additional information about Terror Island? If so, we would love to hear from you. Please send us a quick note with your additions or corrections to this page, and we will make the corrections as soon as possible!

Below are comments about this cartoon submitted by people who have seen this show. Take a look and see what others have said about Terror Island. We want to know what you think, too!! Feel free to share your own opinion- we do want to hear from you! You can add your own comments here.

Comments By: rodman
This is my least favorite episode. Admittedly a limited-animation show, the quality of the cell drawing seems lower than usual, and the scene of the big lizard emerging from the sea at the finish doesn't have that skin-crawling quality that a lot of the...  (read more)
0 of 13 people found this comment useful

Comments By: sumanth
When a Chinese Mad Scientist, Chu Sing Ling, kidnaps Dr. Quest to examine his mutant animals, Race uses the help of Jade to get Quest back. This is the best Jonny...  (read more)
3 of 12 people found this comment useful 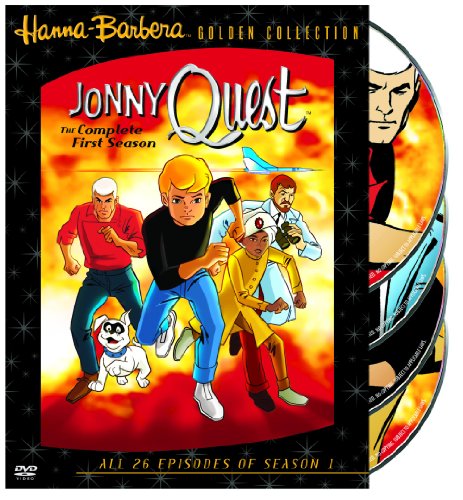