Additional Information about the Feature Film The Prince Of Egypt 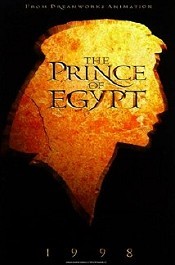 Post your Comments or Review
This page has been viewed 2098 times this month, and 10301 times total.
>Unknown Tag: 'short_stud_crew'

Production costs totaled $60 million, making it the most expensive animated film up to the time of its release. It took in a total of $101.3 million, including $14.5 million over its first three days.

"The Prince of Egypt" was four years in production, and 350 animators and artists were hired for the project.

The film includes 1,192 special effects. It took an estimated 350,000 hours to complete just one of these: the miracle of the Red Sea, which, in the movie, lasts four minutes.
Estimated budget of $70 million.
This film made $219 million in it's initial theatrical release.
Traditional, Hand-drawn Animation.

The Prince of Egypt heralds itself as an alternative to typical cartoon fare, but its approach to Biblical storytelling is about as groundbreaking as Cecil B. DeMille's. Did the 600 Biblical scholars who vouched for the movie's authenticity not notice that one of its songs is titled "You're Playing with the Big Boys Now"?

The movie's makers are so attuned to box-office potential that their Biblical characters are about as individual as the One Hundred and One Dalmatians. They all sport overly expressive eyes, as though they'd just stepped out of a Keane oil painting. They're voiced by big-name stars who contribute only a mood-killing sense of modernism. (Jeff Goldblum and Sandra Bullock as ancient Hebrews? Why not go all the way and cast Woody Allen?) And as with DeMille's Biblical epics, here it's the big action sequences, not the characters, that make the most impression. (The sibling rivalry between Moses and his princely half-brother Ramses is introduced in a carriage race that owes less to Ben-Hur than to the dueling-Ferraris scene in Against All Odds.)

You'd think that a story like Moses'- involving royalty, slavery, hubris, and unwavering faith- would provide enough drama on its own. But the movie's plotting owes far less to the Bible than to successful Disney formulas. Moses' feisty wife Tzipporah (Michelle Pfeiffer!) is obviously patterned after the sultry Esmeralda of Disney's The Hunchback of Notre Dame. And Stephen Schwartz's musical numbers are hollow echoes of his recent Disney work; the "Big Boys" song is only a few notes away from his "Savages" tune in Pocahontas.

Moses, in particular, comes off as a Disney-fied cartoon hero. When he asks God why he is the "chosen one" for his people, the moment has no more gravity than John Denver asking the same question of George Burns in Oh, God! It doesn't help that Moses is voiced by Val Kilmer, who plays a Hebrew Everyman with all the conviction of his dreary disguises in The Saint.

In an interview to promote this movie, Kilmer glibly remarked that the movie's makers were going for "that sacred thing," as though faith in God was only another element to sell the movie. By pandering to the same audiences that lap up more secular cartoons, everyone involved comes off looking like Ramses, building an outrageous monument to themselves.

Do you have anything to add to this page? Have we made any mistakes... or do you have any additional information about The Prince Of Egypt? If so, we would love to hear from you. Please send us a quick note with your additions or corrections to this page, and we will make the corrections as soon as possible!

Below are comments about this cartoon submitted by people who have seen this show. Take a look and see what others have said about The Prince Of Egypt. We want to know what you think, too!! Feel free to share your own opinion- we do want to hear from you! You can add your own comments here.

Comments By: Marina
This was a film of breathtaking scope and originality. The storytelling was amazing and sequences like Moses' dream and the ten plagues were outstanding. DreamWorks took a big risk on this film and IT IS TRULY INCREDIBLE. Well, the lack of humor...  (read more)
0 of 20 people found this comment useful

Comments By: alecpele
This is a good production by Dreamworks, but not a memorable one. Even though the animation was superb, the approach of the movie in biblical storytelling deprived the film of the essential feature of humour. Most of this kind of productions depend their...  (read more)
9 of 31 people found this comment useful

Comments By: Cy_kill
The movie was cool... but I really have to give it up to Whitney Houston for singing "When You Believe" that women can sing like an angel.
4 of 28 people found this comment useful

Comments By: toonwizz
I really liked this movie , it was very fun to watch. Takes for granted that you already know the whole story of Moses though. Dreamworks is really making a name for themselves in the animation...  (read more)
4 of 34 people found this comment useful 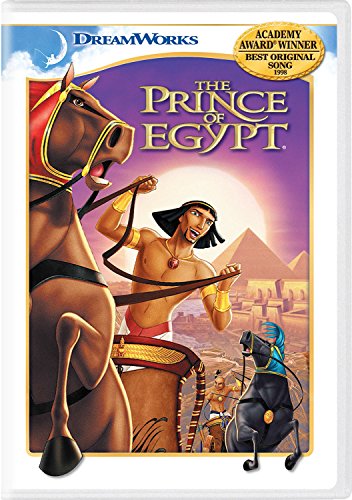