Additional Information about the TV Cartoon Over The Edge

by Dave Koch Post your Comments or Review
This page has been viewed 110 times this month, and 2550 times total.
>Unknown Tag: 'short_stud_crew'

Batman jumps networks from Fox to Kids WB in this continuation of the Warner Bros. Batman franchise.

The series took place a few years after the time of Batman: The Animated Series, and Dick Grayson and Barbara Gordon were now college graduates living back in Gotham City. Dick decided not to return to his role as Robin, opting instead to forge his own crimefighting career as Nightwing. Barbara split her time between her job with the Gotham P.D. and her side career as Batgirl.

New blood came in the form of 13-year-old Tim Drake, another ward adopted by Batman's alter ego, Bruce Wayne, when the boy's father abandoned him for a life of crime. Wayne trained young Tim as he new Robin, and the four heroes- Batman, Robin, Batgirl and Nightwing- team up to keep the streets of Gotham safe for average citizens everywhere. Popular villains from the previous series and from the DC Comics line returned in this installment, including The Joker, Catwoman, Bane, Killer Croc, Harley Quinn, Ra's Al Ghul, Clayface, Talia, and Two-Face.

Do you have anything to add to this page? Have we made any mistakes... or do you have any additional information about Over The Edge? If so, we would love to hear from you. Please send us a quick note with your additions or corrections to this page, and we will make the corrections as soon as possible!

Do you love Over The Edge, or do you think it is the worst cartoon ever? Let us know what you think! Surely you have an opinion... so share what you think. Take a minute and post your own comments about this cartoon here. 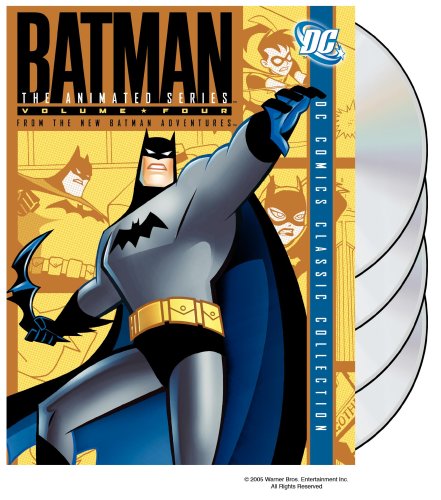 Over The Edge More DVD's