Additional Information about the Feature Film The Emperor's New Groove

Alternate Title: Kingdom Of The Sun

Post your Comments or Review
This page has been viewed 1157 times this month, and 13066 times total.
>Unknown Tag: 'short_stud_crew'

First shown in limited release; nationwide release was on December 15, 2000.

The Emperor's New Groove has one of the more troubled production histories of any Disney animated feature. In its over six years of development and production, the story went from its original concept as a more traditional Disney musical entitled Kingdom in the Sun to an adaption of the Hans Christian Andersen, to whatever the final product Dindal turned it into is.

When he wrapped up on The Lion King in 1994, Roger Allers immediately started work on this project, then titled Kingdom of the Sun. Also on board was supervising animator Andreas Deja, famous for his flamboyant villains, and producer Randy Fullmer. In a bit of an animation coup, they brought in Sting to do the music on the project.

The story was very similar to the The Prince and the Pauper with a greedy, selfish emperor (voiced by David Spade) who finds a peasant (voiced by Owen Wilson) who looks just like him, and the two switch places. Deja's Yzma catches wind of the switch and turns the real emperor into a llama and threatens to reveal the pauper's identity unless he becomes her slave. The emperor-llama learns humility in his new form, and even comes to love a girl llama-herder. Together, the girl and the llama set out to undo the witch's plans. From there we would proceed to a standard happy Disney-style ending.

Seeing a story too similar to many other existing The Prince and the Pauper stories (including at least one from Disney itself!), and seeing Allers as essentially lifeless, the studio brought in Disney effects editor and Warner Bros.'s Cats Don't Dance director Mark Dindal. The hopes were that Dindal could add some music, some comedy and bring the story to life. What happened was the project was split in two- Allers' sweeping epic version and Dindals' singing and dancing version.

At the beginning of 1999, production had still not started, and this put the July 2000 release date in jeopardy. With deals already in place, the release date was set in stone. Under pressure to perform or quit, Allers left the film. Producer Dindal, Fullmer, halted production for six months to retool the project and, with writers Chris Williams and David Reynolds, overhauled the film completely.

When the four reviled their new film, everything had changed. It was now titled The Emperor's New Groove, and was now a buddy film. Gone were the sun-capturing plot, the look-alike peasant, and the llama-herder love interest, and animator Andreas Deja, who moved to Florida to work on Lilo & Stitch. And the Sting music...

Ultimately, the budget blossomed to over 100 million dollars. In its theatrical release, the film brought in about 170 million gross.

This was the 40th film in the official Disney list of animated films.
Estimated budget of $100 million.
This film made $169.3 million in it's initial theatrical release.
CG Animation.

If you've seen David Spade on "Saturday Night Live" or the sitcom "Just Shoot Me," you know he plays only one key: snarky. There was a time when such personality types were either shunned or given special medication; now you can make a movie career out of it.

Of the recent breed of "hip" Disney cartoons, The Emperor's New Groove is probably the most painful. It seems geared to the "Seinfeld" generation, that prefers irony served up in huge doses and lightning pacing. (The villainess' dopey sidekick is voiced by Patrick Warburton, who rode a similar role to fame on "Seinfeld.") But chances are, the same audience which wants to distance itself from emotion wouldn't be caught dead at a Disney cartoon in the first place.

The Emperor's New Groove is only the second Disney cartoon feature not based on a previous story, and in those places where irony can't carry the story, it suffers greatly. The plot concerns Kuzco (Spade), an egocentric emperor of a vaguely Aztec society. As is par for the course in this kind of cartoon, Kuzco is unaware that Yzma (Eartha Kitt), his assistant, wants to do him in and take over his reign.

Yzma gives Kuzco an intended poison, but the liquid only changes Kuzco into a llama (talk about side effects). Yzma's dopey henchman tries to drown him but doesn't quite pull it off. And in the most contrived of coincidences, Kuzco falls into the hands of a humble llama herder (John Goodman) who teaches the snarky leader that he has to consider other people's feelings. Amazing, the wisdom that can be obtained from a llama herder.

But this lesson is hardly the movie's main point, anyway, as it is preceded by a very long hour of commentary and commentary-about-the-commentary by Spade and the movie's makers. The movie can't attempt the simplest of gags without joking about itself, to show the audience how "cool" and distanced it is. There's always an inherent problem in this approach: If the moviemakers can't take their own scenario seriously, why should we?

As with most latter-day Disney product, the animation is sumptuous, and there are some elaborate sight gags that by rights should have us rolling in the aisles. But just when the movie starts to engage us, Spade does his this-guy-needs-Ritalin routine and brings the whole thing to a halt again.

Countless dollars and man-hours were spent trying to convince us that people are hanging from huge cliffs being chased by deadly villains. And yet the movie has nothing as engaging as, say, Rugrats in Paris' simple image of a child's late mother floating across the clouds. Maybe the Disney people need to examine their own company's legacy instead of trying to copy their lessor imitators.

Do you have anything to add to this page? Have we made any mistakes... or do you have any additional information about The Emperor's New Groove? If so, we would love to hear from you. Please send us a quick note with your additions or corrections to this page, and we will make the corrections as soon as possible!

Below are comments about this cartoon submitted by people who have seen this show. Take a look and see what others have said about The Emperor's New Groove. We want to know what you think, too!! Feel free to share your own opinion- we do want to hear from you! You can add your own comments here.

Comments By: Cesar_Dominguez
Hola Amigos!
I was happily surprised when this film first came out back to early 2001 here in Peru. It was very nice that Disney focused on the Inca's Lost world of course there were some mistakes like mixing different patterns of different cultures...  (read more)
3 of 43 people found this comment useful

Comments By: ILa
This is the most hillariousmovie i've ever seen,I've been watching it about 10 or more times!(and I'll watch it again)I simply love it!!
0 of 33 people found this comment useful

Comments By: WSToon
This is the FUNNIEST cartoon. As well it doesn't have the annoying singing found in most Disney cartoons (which they do appear to be shining away from, happy times). As well the characters are hilarious. The best for pure hilariousness. ...  (read more)
2 of 44 people found this comment useful

Comments By: StevenBell
Not as strong a message movie as we've seen from Disney (Thank God), this one is just plain fun to watch from beginning to end. It has become one of my favorite movies, and I think that low rating is...  (read more)
4 of 32 people found this comment useful

Comments By: Andytoons
Extermely funny and fresh humour. One of the best Disney movies, I don't know why t has that low rating. I can't help watching it...
4 of 39 people found this comment useful 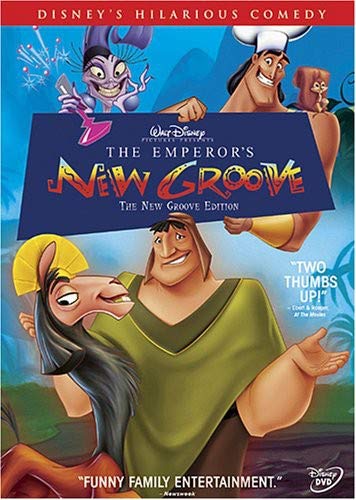 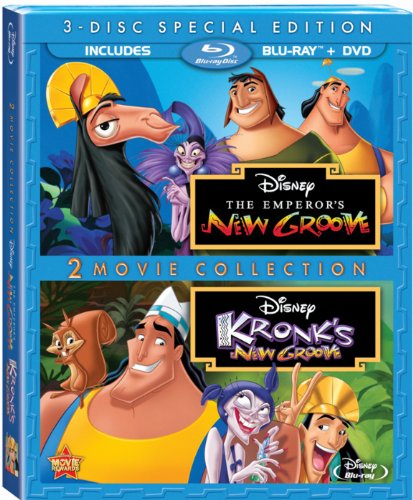