Additional Information about the TV Cartoon The Great Kaadini

by Dave Koch Post your Comments or Review
This page has been viewed 145 times this month, and 1270 times total.
>Unknown Tag: 'short_stud_crew'

The stars of Disney's 1967 animated smash hit The Jungle Book were regressed to cubs for this syndicated animated series. Jungle Cubs suggested that when they were younger, both the good and evil animals lived together in relative peace in a shared cave. Kind of makes "man cub" Mowgli look like the bad guy, doesn't it?

Uptight panther Bagheera, free spirit bear Baloo, headstrong tiger Shere Khan, wild orangutan Prince Louie, neurotic elephant Hathi, and hypnotic snake Kaa all returned from the film, putting aside their differences to live and learn together. Noting the lack of representation from the female of the species, the show introduced a new character in the debut episode, an elephant named Winifred.

The cubs braved a variety of jungle dangers, often matching wits with sneaky vultures Cecil and Arthur. Living up to new federal regulations for educational television, Jungle Cubs offered lessons on friendship, self-respect, and other healthy traits, delivered in a way young children could easily understand.

Another carryover from the film was the Oscar-nominated tune "The Bare Necessities," which served as Jungle Cubs' theme song. The show was a hit with the kids, running for two seasons in syndication before moving its reruns to the Disney Channel.
Traditional, Hand-drawn Animation.

Do you have anything to add to this page? Have we made any mistakes... or do you have any additional information about The Great Kaadini? If so, we would love to hear from you. Please send us a quick note with your additions or corrections to this page, and we will make the corrections as soon as possible!

Do you love The Great Kaadini, or do you think it is the worst cartoon ever? Let us know what you think! Surely you have an opinion... so share what you think. Take a minute and post your own comments about this cartoon here. 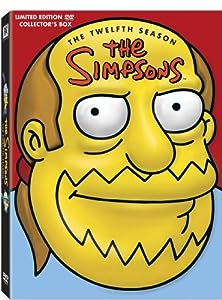