Walt Disney Studios : Television : Marsupilami : Sebastian the Crab : A Boy And His Crab

Additional Information about the TV Cartoon A Boy And His Crab

A Boy And His Crab

A Boy And His Crab

by Dave Koch Post your Comments or Review
This page has been viewed 923 times this month, and 1469 times total.
>Unknown Tag: 'short_stud_crew'

Based on the Belgian comic strip Spirou by Andre Franquin, Marsupilami came to television as part of Disney's Raw Toonage. What that program left the air, Marsupilami gained its own half-hour series, sharing air time with other shorts Sebastian the Crab and Shnookums and Meat.

Sebastian the Crab moved the popular Calypso crustacean from The Little Mermaid to the topside world, where he worked as a lifeguard, a concierge, a Crab Scout leader, and more. The loopy Chef Louie was another carryover from the animated film, continuing to antagonize Sebastian.

Each weekly show featured two Marsupilami shorts with one Sebastian or Shnookums & Meat segment sandwiched in between. The show lasted only one season, but the battling cat and dog went on to headlining roles in The Shnookums & Meat Funny Cartoon Show.
Traditional, Hand-drawn Animation.

Do you have anything to add to this page? Have we made any mistakes... or do you have any additional information about A Boy And His Crab? If so, we would love to hear from you. Please send us a quick note with your additions or corrections to this page, and we will make the corrections as soon as possible!

Do you love A Boy And His Crab, or do you think it is the worst cartoon ever? Let us know what you think! Surely you have an opinion... so share what you think. Take a minute and post your own comments about this cartoon here. 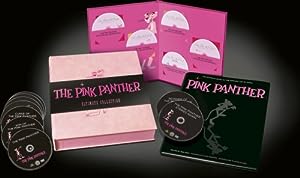