Additional Information about the TV Cartoon Bumble In The Jungle

Bumble In The Jungle

Bumble In The Jungle

by Dave Koch Post your Comments or Review
This page has been viewed 74 times this month, and 954 times total.
>Unknown Tag: 'short_stud_crew'

The Lion King's hyperactive meerkat and flatulent warthog came to Saturday morning in 1995. Timon, the meerkat, was the pushy one who frequently got the duo in trouble. Pumbaa, the warthog, was the more sensible one and the better fighter. The two lived in the jungles of Africa, holding fast to their philosophy of "hakuna matata," or "no worries" (the phrase was also the show's theme song, the Elton John hit from the feature film).

The animated series featured the pair's misadventures both in and out of the jungle, foraging for grubs and trying to lead a carefree lifestyle. Actors Nathan Lane (Timon) and Ernie Sabella (Pumbaa) reprised the roles they had created in The Lion King. Other carryovers from the film were Rafiki the baboon, the Hyenas and Zazu, each of whom appeared in brief segments between the Timon & Pumbaa featurettes.

The Lion King's Timon & Pumbaa relied on the slapstick humor that had worked so well in the film, setting the antics to classical music in the finest Bugs Bunny tradition. The show lasted two seasons on Saturday morning before reappearing on cable's Disney Channel and Toon Disney.
Traditional, Hand-drawn Animation.

Do you have anything to add to this page? Have we made any mistakes... or do you have any additional information about Bumble In The Jungle? If so, we would love to hear from you. Please send us a quick note with your additions or corrections to this page, and we will make the corrections as soon as possible!

Do you love Bumble In The Jungle, or do you think it is the worst cartoon ever? Let us know what you think! Surely you have an opinion... so share what you think. Take a minute and post your own comments about this cartoon here. 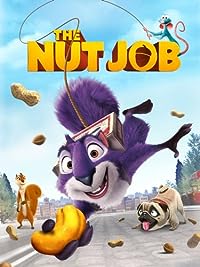