Additional Information about the Theatrical Cartoon Meet The Robinsons

Post your Comments or Review
This page has been viewed 1061 times this month, and 8056 times total.
>Unknown Tag: 'short_stud_crew'

Production was scheduled to begin in June 2004; although writer Michelle Spitz had earlier given the date of this film as 2003.

The first feature under the supervision of Walt Disney Animation president David Stainton.

Stainton puts the budget at "significantly less" than the $80 million allocated for the 2002 "Lilo & Stitch," which was produced by Clark Spencer, executive producer of "A Day With Wilbur Robinson."

"This movie is particularly suited to TV series, and a lot of it takes place in the future, so there are all kinds of great gadgets, which lend themselves to consumer products as well," Stainton said.

Meet the Robinsons is film that seems to have the bad luck to have gotten lost in the shuffle. Most other studios would have been happy to have this as their work, and the star power behind it is astounding. STory by William Joyce, music by Danny Elfman, and voices by both Tom Selleck and Adam West- how can that go wrong?

Well, you have the misfortune to come out when Pixar takes over Disney.... or was it Disney taking over Pixar? Bottom line, Eisner is out, Roy Disney is back in, and John Lasseter is in charge of the studio. Sacrificing this film is a small price to pay for getting Disney back on the right track.

Title also reported as "A Day in the Life With Wilbur Robinson."

This was the 47th film in the official Disney list of animated films.
This film made $169.3 million in it's initial theatrical release.
3D CG Animation.

Do you have anything to add to this page? Have we made any mistakes... or do you have any additional information about Meet The Robinsons? If so, we would love to hear from you. Please send us a quick note with your additions or corrections to this page, and we will make the corrections as soon as possible!

Do you love Meet The Robinsons, or do you think it is the worst cartoon ever? Let us know what you think! Surely you have an opinion... so share what you think. Take a minute and post your own comments about this cartoon here. 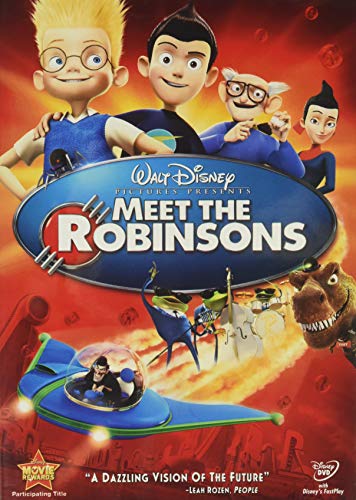 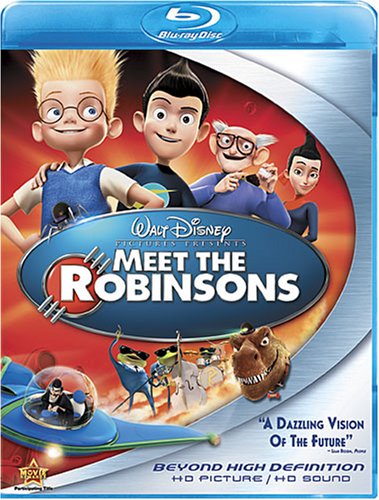