Additional Information about the Theatrical Cartoon The Haunted House 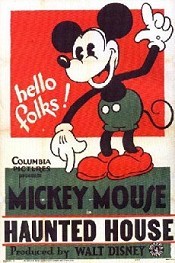 by Dave Koch Post your Comments or Review
This page has been viewed 839 times this month, and 6022 times total.
>Unknown Tag: 'short_stud_crew'

The release date noted above reflects the release date as currently acknowledged by the Walt Disney Company. Other sources- including some official Walt Disney Studios archival documentation- suggest December 02, 1929 as an alternate (and possibly more accurate!) release date. It is possibly that the official release dates were massaged in the early 1990's to bring them more in line with the indisputable U.S. Government copyright dates, thus protecting the Walt Disney Company copyright of Mickey Mouse and other characters from this cartoon, as well as the cartoon itself.
Traditional, Hand-drawn Animation.

Do you have anything to add to this page? Have we made any mistakes... or do you have any additional information about The Haunted House? If so, we would love to hear from you. Please send us a quick note with your additions or corrections to this page, and we will make the corrections as soon as possible!

Do you love The Haunted House, or do you think it is the worst cartoon ever? Let us know what you think! Surely you have an opinion... so share what you think. Take a minute and post your own comments about this cartoon here. 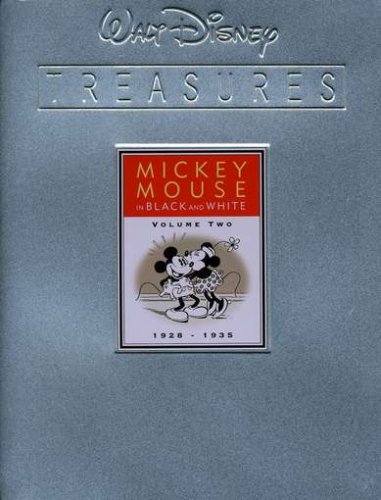