Additional Information about the TV Cartoon Out To Launch

Post your Comments or Review
This page has been viewed 321 times this month, and 1258 times total.
>Unknown Tag: 'short_stud_crew'

Admit it. You can't say the title without singing:

Disney's follow-up to Duck Tales was another globetrotting action-adventure series, this time featuring popular characters Chip and Dale. The two mischievous chipmunks were given a bit of a makeover for their series debut their voices were made more distinct and they were clothed from the waist up (Chip wore the bomber jacket, Dale the Hawaiian-print shirts).

Most of the group's adventures sprang from plots hatched by Fat Cat, the kingpin of the animal crime world. Sewer Al, a mercenary Cajun alligator willing to work either side for payment in books, made an occasional appearance.

Operating beneath the realm of humans, the Rescue Rangers dashed in to save the day with derring-do, a bit of luck, and Gadget's jerry-rigged devices (all cleverly put together from recycled human trash). The show was a hit companion to Duck Tales and later joined that show as part of the "Disney Afternoon" block of programming.

Do you have anything to add to this page? Have we made any mistakes... or do you have any additional information about Out To Launch? If so, we would love to hear from you. Please send us a quick note with your additions or corrections to this page, and we will make the corrections as soon as possible!

Do you love Out To Launch, or do you think it is the worst cartoon ever? Let us know what you think! Surely you have an opinion... so share what you think. Take a minute and post your own comments about this cartoon here. 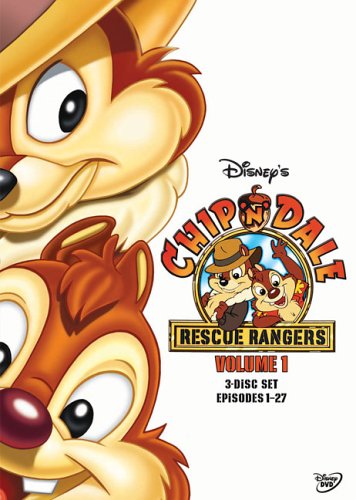