Additional Information about the TV Cartoon Plunder And Lightning

by Dave Koch Post your Comments or Review
This page has been viewed 121 times this month, and 2910 times total.
>Unknown Tag: 'short_stud_crew'

Originally released as a two-hour television movie shown on September 7, 1990. This movie was split up, edited and became the first four episodes of the Disney animated series which aired November 19-22, 1990.

Do you have anything to add to this page? Have we made any mistakes... or do you have any additional information about Plunder And Lightning? If so, we would love to hear from you. Please send us a quick note with your additions or corrections to this page, and we will make the corrections as soon as possible!

Below are comments about this cartoon submitted by people who have seen this show. Take a look and see what others have said about Plunder And Lightning. We want to know what you think, too!! Feel free to share your own opinion- we do want to hear from you! You can add your own comments here.

Comments By: stevenbell
An offbeat story of assassination attempts, and another look at the weird world of Thembria. Not one of my personal favorites, not least because Baloo's in drag...  (read more)
1 of 12 people found this comment useful 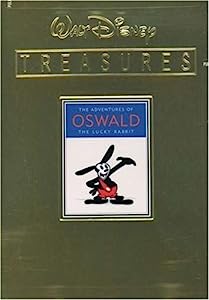