Additional Information about the TV Cartoon Goldijitters And The 3 Bobcats

by Dave Koch Post your Comments or Review
This page has been viewed 314 times this month, and 866 times total.
>Unknown Tag: 'short_stud_crew'

Life used to be golden for Bonkers D. Bobcat. Back in his Raw Toonage days, the zany bobcat was a cartoon star, appearing in regular "Here's Bonkers" segments with sidekick Jitters A. Dogg, lovely Fawn Deer, and arch-enemy Grumbles Grizzly. Bonkers was a Toon Town icon, but fame is a fickle beast. By the time Bonkers moved from Raw Toonage supporting segments to his own, self-titled series, the former star was out of work.

The new Bonkers! series took a page from Who Framed Roger Rabbit, teaming Bonkers with "real-life" police officers to solve crimes in Tinseltown. Starting as a down-on-his-luck "former 'toon star," Bonkers turned his life around by inadvertently saving the life of world-renowned cartoon actor Donald Duck. Police Chief Kanifky, looking for some political support from Toon Town, gave Bonkers a spot on the force.

In the first season of Bonkers episodes, the manic spotted feline was teamed with Sergeant Francis Grating and Sergeant Miranda Wright. He was later partnered with Detective Lucky Piquel, a gruff, lantern-jawed straight arrow (Curiously, this second series of episodes was placed chronologically first, meaning Sgt. Piquel had actually been Bonkers' original partner). Since Grating, Wright, and Piquel were all "humans," they weren't able to take the same level of abuse as their wacky partner, but this never stopped Bonkers from repeatedly getting them in sticky situations.

Also like Roger Rabbit, the characters on Bonkers often ran into familiar residents of Toon Town, including Alice in Wonderland's Mad Hatter, the brooms from Fantasia, and even Mickey Mouse himself. Some of these famous toons were being hunted and kidnapped by Bonkers' new nemesis, the Collector.

After splitting from the Raw Toonage package in early 1993, Bonkers first ran on the Disney Channel. That fall, the show moved into syndication as part of The Disney Afternoon block. In all, 65 episodes of the show were produced, running two full seasons of unbridled wackiness.
Traditional, Hand-drawn Animation.

Do you have anything to add to this page? Have we made any mistakes... or do you have any additional information about Goldijitters And The 3 Bobcats? If so, we would love to hear from you. Please send us a quick note with your additions or corrections to this page, and we will make the corrections as soon as possible!

Do you love Goldijitters And The 3 Bobcats, or do you think it is the worst cartoon ever? Let us know what you think! Surely you have an opinion... so share what you think. Take a minute and post your own comments about this cartoon here. 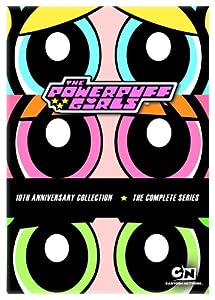