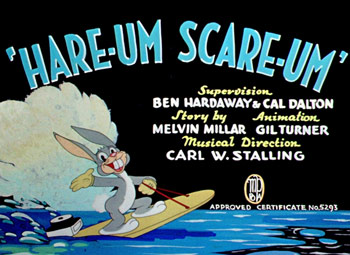 Post your Comments or Review
This page has been viewed 2552 times this month, and 7264 times total.
>Unknown Tag: 'short_stud_crew'

Bugs Bunny's first appearance under the name "Bugs Bunny". Warner's new star was advertised as 'Bugs' Bunny in a 1939 promotional book, but he wasn't directly named in this film itself. At this time, Bugs was considered an "incidental" character by Warner Bros., not one of the studios front-line stars.

Porky Pig has a cameo in this short.

This cartoon features the first singing role by the bunny who would become Bugs. It also marks the first time that he dresses in drag.

Character designs of the rabbit (by Charles Thorson) are labeled "Bug's Bunny," a possible source of the name of the future star. ("Bugs" was Ben Hardaway's nickname.)

The ending of this cartoon is the subject of many rumors. The film has been edited for extreme violence at the end, that much is not disputed. The hunter John Sourpuss and his dog are beaten mercilessly by a gang of rabbits. But the urban legend has the cloud of dust clearing, revealing the severed heads of the hunter and his dog rolling off into the sunset.

Cartoon historian David Gerstein researched the matter on his blog, and finally puts the matter to rest. Gerstein was able to find a very rare original print of the cartoon, and the originally intended ending. Seems there is a bit of truth to the rumor, too.... but only just a bit.

According to Gerstein's research, there is much to question about the "heads rolling" ending. First, the dog leaves the cartoon about two minutes before the fight even starts. So the dog is unlikely to return just for the fight. Viewing the original print, Gerstein niotes that after the fight begins (and the "normal" edit fades out), Sourpuss is left beaten but intact. Bugs returns to throw the gun to Sourpuss' feet, and bounces down the road on his head. Sourpuss follows, also on his head. So it is easy to see where the confusion may have come from. See pictures from this sequence.

...a statement like "they bounce over the hill on their heads" was simply misheard as the more grotesque "heads bounce over the hill." After all, the scene was snipped from most versions of the film. If one hasn't seen a censored moment, it's easy to presume it must have been yanked for the ugliest reasons. Maybe that's how the rumor got started.

This cartoon is now included in its complete form in the Looney Tunes Platinum Collection volume 2, both on DVD and Blu-ray.
Traditional, Hand-drawn Animation.

Do you have anything to add to this page? Have we made any mistakes... or do you have any additional information about Hare-Um Scare-Um? If so, we would love to hear from you. Please send us a quick note with your additions or corrections to this page, and we will make the corrections as soon as possible!

Do you love Hare-Um Scare-Um, or do you think it is the worst cartoon ever? Let us know what you think! Surely you have an opinion... so share what you think. Take a minute and post your own comments about this cartoon here. 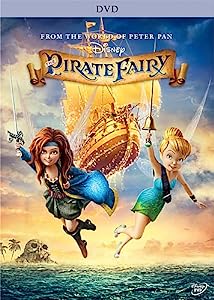