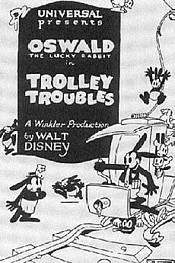 by Dave Koch Post your Comments or Review
This page has been viewed 1216 times this month, and 4398 times total.
>Unknown Tag: 'short_stud_crew'

This second Oswald cartoon featured a reworked, more friendly and nicer looking Oswald than as first conceived. Universal Studios rejected the first Oswald cartoon out of hand, and Ub Iwerks developed this second version, which Universal accepted and released.

Much of this cartoon inspired a later short, "Smile, Darn Ya Smile!" (1931), starring Foxy and Roxy.
Traditional, Hand-drawn Animation.

Do you have anything to add to this page? Have we made any mistakes... or do you have any additional information about Trolley Troubles? If so, we would love to hear from you. Please send us a quick note with your additions or corrections to this page, and we will make the corrections as soon as possible!

Do you love Trolley Troubles, or do you think it is the worst cartoon ever? Let us know what you think! Surely you have an opinion... so share what you think. Take a minute and post your own comments about this cartoon here. 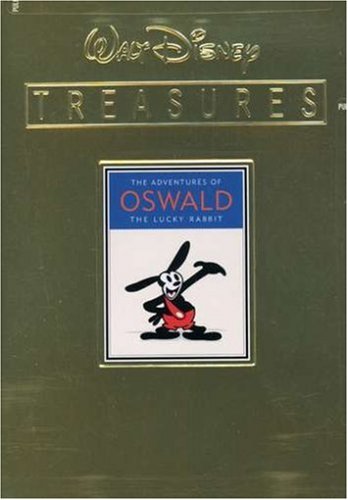