Additional Information about the Theatrical Cartoon Rudolph The Red-Nosed Reindeer

Post your Comments or Review
This page has been viewed 2324 times this month, and 9327 times total.
>Unknown Tag: 'short_stud_crew'

The first filmed version of this story, pre-dating the famous Rankin-Bass version by over 20 years. The film was based on the original story by Robert L. May, who created Rudolph as an assignment for Montgomery Ward in 1939. The song adaption of the story followed three years later, was sung commercially by crooner Harry Brannon on New York City radio in early November 1949, before Gene Autry's recording hit No. 1 in the U.S. charts the week of Christmas 1949. This film was re-issued with that song in 1949.
Traditional, Hand-drawn Animation.

Do you have anything to add to this page? Have we made any mistakes... or do you have any additional information about Rudolph The Red-Nosed Reindeer? If so, we would love to hear from you. Please send us a quick note with your additions or corrections to this page, and we will make the corrections as soon as possible!

Below are comments about this cartoon submitted by people who have seen this show. Take a look and see what others have said about Rudolph The Red-Nosed Reindeer. We want to know what you think, too!! Feel free to share your own opinion- we do want to hear from you! You can add your own comments here.

Comments By: Bob Buchkoe
There is much mystery and possible discrepancies about the background of the Max Fleischer cartoon. First, it has a 1944 look to it, but there is no documentation anywhere about that date. The 1948 date seems more likely, as I was able to find an add for...  (read more)
4 of 30 people found this comment useful

Comments By: Andy
The music wasn't written until 1951. More research on release date needed.
0 of 28 people found this comment useful

Comments By: Bruce B
This is a pleseant, but rather pedestrian cartoon.

During the heyday of Fleischer Studios Max was the business-man, while brother Dave was the cartoon director and, apparently, added all the comic flourishes that made all their 1930's...  (read more)
3 of 24 people found this comment useful

Comments By: mojosam
This cartoon is faithful to the original story. However, there is nothing otherwise noteworthy about. It's just a pedestrian retelling of the story. No real animation magic happening here. No inventive visuals or...  (read more)
1 of 16 people found this comment useful

Comments By: Garrison
One of the Jam Handy studio's rare theatrical releases, and directed by the great Max Fleischer,
this is a far better telling of the scarlet-snooted mutant caribou than the Rankin-Bass...  (read more)
2 of 21 people found this comment useful 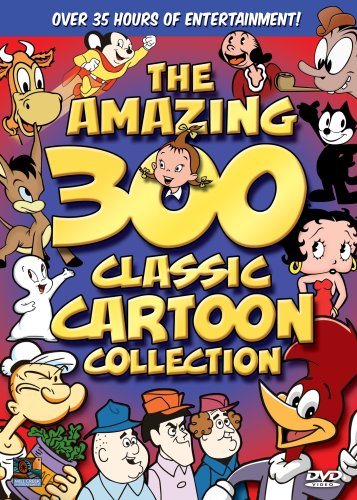