Additional Information about the Theatrical Cartoon The Tell-Tale Heart

Post your Comments or Review
This page has been viewed 2666 times this month, and 15016 times total.
>Unknown Tag: 'short_stud_crew'

Many sources state this film was originally promoted as being produced in 3-D. There is no indication the film was ever produced stereoscopically, much less released in 3-D.

This was the first cartoon to be X-rated (adults only) in Great Britain under the British Board of Film Censors classification system; the first British cartoon to be so rated was "A Short Vision."

In 2001, the United States Library of Congress deemed the film "culturally significant" and selected it for preservation in the National Film Registry.
Traditional, Hand-drawn Animation.

Do you have anything to add to this page? Have we made any mistakes... or do you have any additional information about The Tell-Tale Heart? If so, we would love to hear from you. Please send us a quick note with your additions or corrections to this page, and we will make the corrections as soon as possible!

Below are comments about this cartoon submitted by people who have seen this show. Take a look and see what others have said about The Tell-Tale Heart. We want to know what you think, too!! Feel free to share your own opinion- we do want to hear from you! You can add your own comments here.

Comments By: ajperrin
I saw this film at a news-theatre cinema in the west end of London in 1955 and it has been engraved on memory ever since. I was 17 at the time and it scared me witless! The cinema had a good sound system, and that combined with a heady perfume in...  (read more)
1 of 32 people found this comment useful

Comments By: JasC
Several art schools dot the Hollywood/Los Angeles area, and the UPA movement attracted many students to any of the films they produced during the fifties.

UPA's "Tell-Tale Heart" was an animated short (not considered a cartoon in...  (read more)
1 of 43 people found this comment useful

Comments By: damfine
One of UPA's best and most terrifying films.
3 of 44 people found this comment useful

Comments By: slc2466
I saw this film when I was ten, and it still ranks as the five most frightening minutes I've ever spent in a movie theater- I had nightmares for years afterwards envisioning the scene wherein the old man jumps up in bed and crys out "NO!"...  (read more)
1 of 29 people found this comment useful

Comments By: sandma1half
I believe this film may have been directed by Paul Julian. That's what I was told by teachers at USC.
0 of 26 people found this comment useful 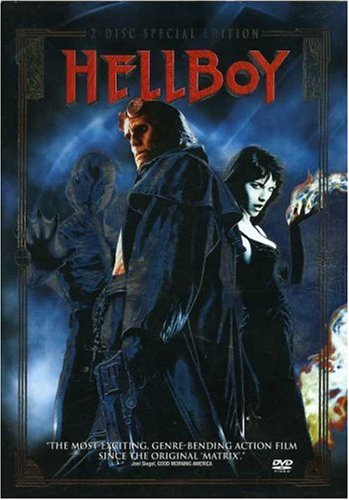