Other Studios : B : Blue Sky Studios : Ice Age: The Meltdown

Additional Information about the Theatrical Cartoon Ice Age: The Meltdown 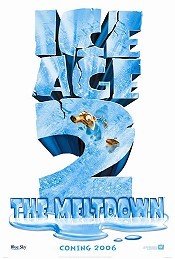 Post your Comments or Review
This page has been viewed 2536 times this month, and 8775 times total.
>Unknown Tag: 'short_stud_crew'

At the end of the first Ice Age film, Scrat was covered in ice and would not be defrosted for the next 20,000 years. But how he is not frozen and still goes to wonder around in Ice Age 2 is undisclosed.
Estimated budget of $80 million.
This film made $660 million in it's initial theatrical release.

Do you have anything to add to this page? Have we made any mistakes... or do you have any additional information about Ice Age: The Meltdown? If so, we would love to hear from you. Please send us a quick note with your additions or corrections to this page, and we will make the corrections as soon as possible!

Below are comments about this cartoon submitted by people who have seen this show. Take a look and see what others have said about Ice Age: The Meltdown. We want to know what you think, too!! Feel free to share your own opinion- we do want to hear from you! You can add your own comments here.

Comments By: Andasolo
Hey, it´s wide open. Our heroes still have to migrate. Wile in the road, they can go throu a lot of adventures; like saveing other animals or even finding baby´s mom alive...?! I don´t know, there are so many posivilities. Even Strat at the end;I can...  (read more)
1 of 20 people found this comment useful

Comments By: whatsupdarth
I got a kick out of the first one, but it didn't look open-ended enough to be ready for a sequel. I suppose I can't really give any rating or real reviews until I see it, so 3 will do for now.
Hopefully, it won't turn out like some...  (read more)
1 of 17 people found this comment useful 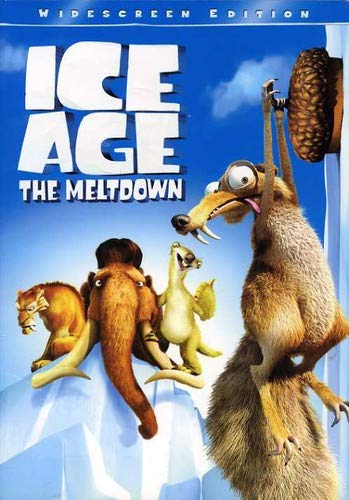