Warner Bros. : Merrie Melodies : A Feud There Was

Additional Information about the Theatrical Cartoon A Feud There Was

A Feud There Was (1938) - Merrie Melodies Theatrical Cartoon Series

Post your Comments or Review
This page has been viewed 2697 times this month, and 8980 times total.
>Unknown Tag: 'short_stud_crew'

The first of Warner Bros. "Blue Ribbon" reissue cartoons. In September of 1943, beginning with A Feud There Was, Warner Bros. began re-releasing select color cartoons in their Blue Ribbon program. Typically the Blue Ribbon reissues received new opening sequences with Blue Ribbon title cards and standardized music. Cartoon production credits were also removed. Between ten and fifteen cartoons were released in any given year, with cartoons coming from as far back as 1935. The reissues continued until the close of the studio in the 1960's.

Egghead is identified as Elmer Fudd on his motorcycle.

This is the first use of the name "Elmer Fudd" in Warner Bros. cartoons. The name would become attached to the familiar Elmer Fudd character in "Elmer's Candid Camera" (1940). Elmer Fudd is named after Elmer Wait, the Warner Brothers animator who passed away one year before this cartoon is released.

According to the Southern Mountaineers Filmography of Appalachian State University Libraries, the Sons of the Pioneers- featuring Bob Nolan and Roy Rogers- apparently provided the country singing.
Traditional, Hand-drawn Animation.

Do you have anything to add to this page? Have we made any mistakes... or do you have any additional information about A Feud There Was? If so, we would love to hear from you. Please send us a quick note with your additions or corrections to this page, and we will make the corrections as soon as possible!

Below are comments about this cartoon submitted by people who have seen this show. Take a look and see what others have said about A Feud There Was. We want to know what you think, too!! Feel free to share your own opinion- we do want to hear from you! You can add your own comments here.

Comments By: damfine
One of the best of Tex's WB toons. He should have remade this one at MGM or Lantz even.
2 of 29 people found this comment useful 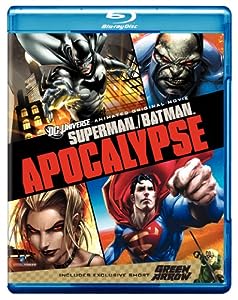