Additional Information about the Theatrical Cartoon The Old Mill

Post your Comments or Review
This page has been viewed 956 times this month, and 7222 times total.
>Unknown Tag: 'short_stud_crew'

This short was the first production use of the Disney multiplane camera. Disney also won an Academy Award (Scientific or Technical, Class II) for the invention and use of the Multiplane Camera which allowed a greater depth of field than the regular two dimensional animation of the time.
Traditional, Hand-drawn Animation.

Do you have anything to add to this page? Have we made any mistakes... or do you have any additional information about The Old Mill? If so, we would love to hear from you. Please send us a quick note with your additions or corrections to this page, and we will make the corrections as soon as possible!

Below are comments about this cartoon submitted by people who have seen this show. Take a look and see what others have said about The Old Mill. We want to know what you think, too!! Feel free to share your own opinion- we do want to hear from you! You can add your own comments here.

Comments By: dobsky
The Old Mill is my favorite cartoon short made by Walt Disney and his team. Very exciting animation, wonderful music and beatuful story! Thanks to Disney for this great cartoon for...  (read more)
4 of 24 people found this comment useful 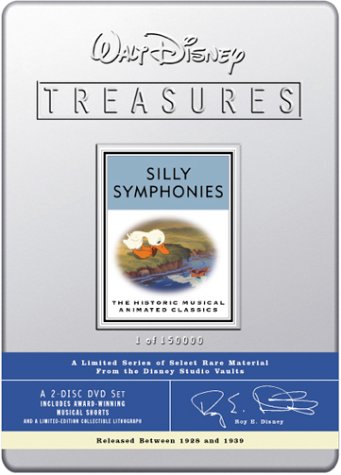