by Dave Koch Post your Comments or Review
This page has been viewed 528 times this month, and 4018 times total.
>Unknown Tag: 'short_stud_crew'

Pluto speaks in this short. When Mickey asks "You wanna build a fire, don't ya?" Pluto responds "Yeah!"

The shot of Pluto sticking his nose in a rifle has been cut from T.V. prints

The first cartoon in which James Macdonald voices Mickey, taking over for Walt Disney. While James Macdonald took over most voicing duties at this time, Walt did reprise his role as Mickey's voice in Fun and Fancy Free and some episodes of The Mickey Mouse Club.

Mickey Mouse's face is used in the opening titles instead of Pluto's face.
Traditional, Hand-drawn Animation.

Do you have anything to add to this page? Have we made any mistakes... or do you have any additional information about Squatter's Rights? If so, we would love to hear from you. Please send us a quick note with your additions or corrections to this page, and we will make the corrections as soon as possible!

Below are comments about this cartoon submitted by people who have seen this show. Take a look and see what others have said about Squatter's Rights. We want to know what you think, too!! Feel free to share your own opinion- we do want to hear from you! You can add your own comments here.

Comments By: bd3
While i like all chip and dale shorts except "Trailer Horn"(except for the part where the chipmunks look like devils) I don't care for this short at all for two reasons.
1.It made no sense to censore the scenes with plutos nose stuck in...  (read more)
1 of 14 people found this comment useful 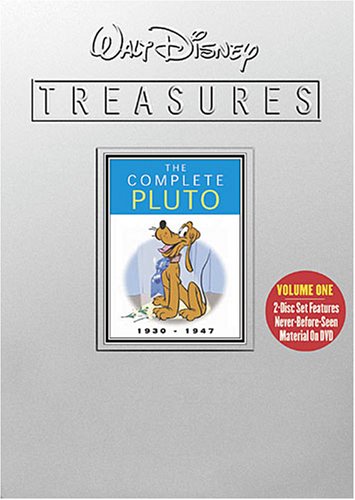