by Dave Koch Post your Comments or Review
This page has been viewed 5040 times this month, and 22602 times total.
>Unknown Tag: 'short_stud_crew'

While this was produced before Steamboat Willie, it was held from a full release until a soundtrack could be added, making Plane Crazy the third Mickey Mouse cartoon released. However, it was shown as a silent film in May of 1928 in a Hollywood theater, so it was, in fact, the first released Mickey Mouse cartoon, albeit in a silent version. The release date noted for this short is its copyright date. The final, sound version was released in early 1929, probably May 17, 1929.

Notice the appearance of both Mickey and Minnie, particularly how they have no gloves or shoes. Also, Ub Iwerks had established a record while working on this short; the most animation drawings done in one day (around 700).

The cow in this cartoon is not Clarabelle, but a predecessor named Carolyn.
Traditional, Hand-drawn Animation.

Do you have anything to add to this page? Have we made any mistakes... or do you have any additional information about Plane Crazy? If so, we would love to hear from you. Please send us a quick note with your additions or corrections to this page, and we will make the corrections as soon as possible!

Below are comments about this cartoon submitted by people who have seen this show. Take a look and see what others have said about Plane Crazy. We want to know what you think, too!! Feel free to share your own opinion- we do want to hear from you! You can add your own comments here.

Comments By: Dragonking
Walt Disney gave a sneek peak at "Plane Crazy," his first Mickey Mouse Short produced. But no distributor wanted to buy the film. The third produced short was Mickey's Debut, "Steamboat Willie." This cartoon is still cool. I...  (read more)
17 of 57 people found this comment useful 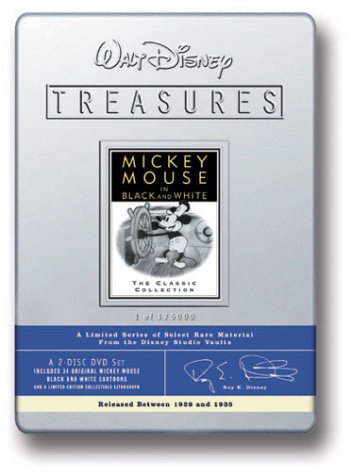