Additional Information about the Feature Film The Aristocats

by Dave Koch Post your Comments or Review
This page has been viewed 498 times this month, and 11237 times total.
>Unknown Tag: 'short_stud_crew'

The Disney films entered a long period of decline with the release of this film. With the studio left in the hands of Donn Tatum, Card Walker, and Ron Miller, the company was effectively headless and leaderless, at least creatively. The films released over the next eighteen-year period either failed commercially or suffered from a lack the magic... or, more often, both.

When Gold Key Comics began its brief series of "Aristocats" spin-off stories, the Russian cat was named Boris, the British cat Cyril, the Siamese cat Chino, and the Italian one Luigi.

This was the 20th film in the official Disney list of animated films.
Estimated budget of $4 million.
This film made $55.7 million in it's initial theatrical release.
Traditional, Hand-drawn Animation.

The Aristocats was the last animated feature begun under the supervision of Walt Disney. The story had first been developed as a two-part live-action film for the Disney television program, "Walt Disney's Wonderful World of Color." Walt saw the familiar characteristics of the hit 101 Dalmatians (1961) in the storyline and encouraged his animation team to develop the story further as an animated feature.

Maurice Chevalier came out of retirement to record the jaunty tide song (in French and English). Although Chevalier later wrote "I would not have done it for anybody else or for any kind of money, except the honor of showing my love and admiration for the one and only Walt," there was another connection. The song was written by Richard M. Sherman and Robert B. Sherman, whose father, songwriter Al Sherman, had penned songs for Chevalier during his early movie career in the 1930's.

The Aristocats was a particularly important film for the staff of Disney's animation department. Shortly after Walt's death, Roy Disney sent for production head Bill Andersen and told him that he wanted the animation department closed down. Although Anderson explained the likely success of The Jungle Book (1967) and the strong development work already in place for The Aristocats, he agreed to Roy's request. He asked only for official notification from Roy, so Anderson might explain to the staff why the production unit was being disbanded. Luckily, the memo never came, The Jungle Book was a smash hit, production of The Aristocats went forward, and the ax never fell. Although some critics carped at the story similarities to 101 Dalmatians, The Aristocats was a critical and financial success, and served to reaffirm the popularity and preeminence of Disney feature animation.

Much like its recent predecessors, The Aristocats relied not on flash and showy animation, but on strongly-defined characters and situations to propel its story The animation staff had been so enamored of Phil Harris-not only for his personality, but for his stimulation of character development on The Jungle Book, that he was invited back to give voice to Thomas O'Malley the alley cat. (The character's full name is given as Abraham de Lacy Giuseppe Casey Thomas O'Malley). The team took a great many critical brickbats for using Harris's familiar voice, with the implication that it was a character development "crutch." But O'Malley is distinctly different-more a suave feline Clark Gable than Baloo's lumbering Wallace Beery bear.

Eva Gabor was cast as the voice of the elegant Duchess, and the supporting cast featured similarly strong voice acting by veteran radio, television, and film actors. Favorite Disney voice Sterling Holloway (The Cheshire Cat, Winnie the Pooh, Kaa the Snake) was Roquefort the mouse, Monica Evans and Carole Shelley (the Pigeon Sisters of The Odd Couple) were a pair of giddy geese, and Nancy Kulp, Miss Jane Hathaway of "The Beverly Hillbillies," was Frou Frou, the horse.

Do you have anything to add to this page? Have we made any mistakes... or do you have any additional information about The Aristocats? If so, we would love to hear from you. Please send us a quick note with your additions or corrections to this page, and we will make the corrections as soon as possible!

Below are comments about this cartoon submitted by people who have seen this show. Take a look and see what others have said about The Aristocats. We want to know what you think, too!! Feel free to share your own opinion- we do want to hear from you! You can add your own comments here.

Comments By: bd3
THis is one of my favorite films,i wonder if the Top Cat cartoons where the insperation for this animated feature.

Comments By: STARFOX
When an eccentric millionaires wills her entire estate to her family of high society cats and when Edger her butler, overhears the plan, he comes up with his own plan to catnap Duchess and her three kittens and leave them in the French countryside.
7 of 28 people found this comment useful 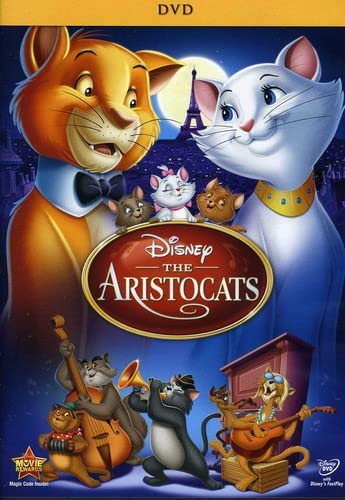 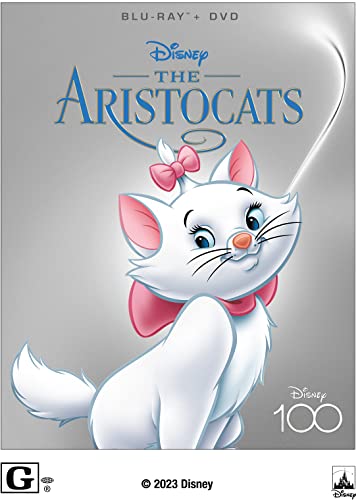