Additional Information about the Feature Film The Man Called Flintstone

Post your Comments or Review
This page has been viewed 5003 times this month, and 16751 times total.
>Unknown Tag: 'short_stud_crew'

The second feature-length motion picture from Hanna-Barbera, and the last to be distributed by Columbia Pictures.

This story was adapted in an October 1966 issue of the Gold Key comic Hanna-Barbera The Flintstones.
Traditional, Hand-drawn Animation.

Do you have anything to add to this page? Have we made any mistakes... or do you have any additional information about The Man Called Flintstone? If so, we would love to hear from you. Please send us a quick note with your additions or corrections to this page, and we will make the corrections as soon as possible!

Below are comments about this cartoon submitted by people who have seen this show. Take a look and see what others have said about The Man Called Flintstone. We want to know what you think, too!! Feel free to share your own opinion- we do want to hear from you! You can add your own comments here.

Comments By: StevenBailey
I always remember TV Guide's blurb for this cartoon: "Secret agent movies get a good-natured kidding." Here, "good-natured kidding" means humor on the level of Boffo the Clown at a sub-standard birthday party. Nasty spies get bumped off...  (read more)
3 of 28 people found this comment useful

Comments By: toonwizz
Fred and the gang are back at it again. This film is fun and worth a look if you are a fan of the Flinstones. It is like an extended episode of the show. As far as Hanna-Barbera films go , this is probaly one of...  (read more)
9 of 32 people found this comment useful 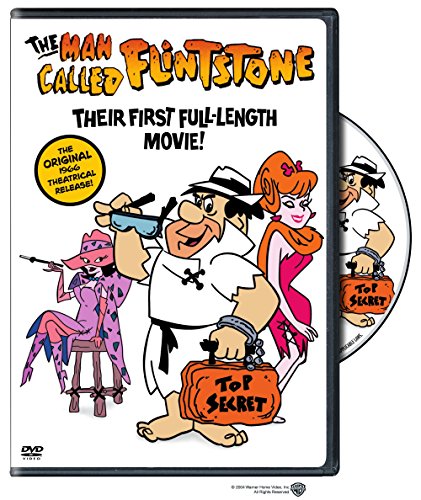