by Dave Koch Post your Comments or Review
This page has been viewed 4114 times this month, and 29295 times total.
>Unknown Tag: 'short_stud_crew'

Walt Disney spent nine years and a then-exorbitant $6 million to make the film.

First Disney feature film to be shot in 70mm; also had a stereophonic soundtrack.

VHS release was done in pan-and scan method, losing 1/3 of the frame.

This was the 16th film in the official Disney list of animated films.
Estimated budget of $6 million.
This film made $51.6 million in it's initial theatrical release.
Traditional, Hand-drawn Animation.

Walt Disney envisioned Sleeping Beauty as the zenith of animated filmmaking. Preliminary work began in 1950, and story development occupied the next few years. The project was put on virtual hiatus in 1954, while the Studio staff concentrated on Disneyland and the two Disney TV series. Full production began again in 1956.

More than any previous animated feature, Sleeping Beauty showed an audience how realistically animated characters could be rendered. Walt Disney said, "I had only one general suggestion for our animators-make them as real as possible, near flesh and blood, and sympathetic-especially to younger picture fans. That is why we used living models more carefully than ever before, in order to give artists inspiration, to help them shape the anatomy of movement and expression of the cartoon figures."

Sleeping Beauty was the first animated feature to be filmed on wide-gauge film, using the Technirama® 70 system. The 70mm presentation added a clarity and steadiness to the already complex designs that helped enhance the audience appreciation of the film's beauty.

By the end of production, Sleeping Beauty had cost (6 million- the most expensive animated cartoon to that time. Sleeping Beauty went into production when Walt Disney was distracted with other projects such as live-action films, television and Disneyland. Consequently, Sleeping Beauty spent six years in production and had less of Walt's personal imprimatur than any earlier feature. This lack of intense personal involvement was blamed by many for the indifferent audience response to the initial release. Indeed, Sleeping Beauty has only been re-released to theaters three times, and has only recently received high regard, primarily for its animation and design.

Walt Disney's artistic aspirations for Sleeping Beauty were extremely high. He challenged his staff to create a "moving illustration," in which every frame of film was a beautiful picture. To achieve the film's illuminated look, Disney enlisted the talents of Eyvind Earle. The distinctive "primitive" style of Sleeping Beauty was the brainchild of this distinguished artist. "You see, all primitive painting is done in horizontal and vertical lines," Earle explained. "Only when you intellectualize do you get into diagonals and curves." Earle fused Gothic French, Italian, and Renaissance influences with his own abstract style of realism to create the formalized beauty of design in Sleeping Beauty. Earle's influence naturally extended to character designs, which were strongly vertical and angular to fit comfortably into the setting designs.

Two of Sleeping Beauty's main characters were supervised by legendary animator Marc Davis. For Princess Aurora, Davis chose a slender, gamine design inspired by Audrey Hepburn. For Maleficent, Davis animated a cold, elegant villain in the style of Lady Macbeth, drawing his inspiration from the refined diction and expressive inflection of voice actress Eleanor Audley (who had earlier given voice to Lady Tremaine, Cinderella's wicked stepmother).

This is my favorite animated film of all time. The voices, animation, script, score, songs, all work together to paint a perfect tapestry of magic, romance and terror. I've been watching this film...  (read more)
2 of 46 people found this comment useful

Comments By: PollyEtheline
Yes, in my opinion, this is the best Disney movie ever made. Being a Tchaikovsky fan, I especially love the way the lyricists were able to add lyrics to his already beautiful songs. The other reviewers were right; this movie isn't just for girls,...  (read more)
2 of 36 people found this comment useful

Comments By: ursulafan
Some people may think this movie is for only children, female children in particular. But not true! EVERYONE will enjoy this classic film! Whatever your favorite type of movie is, this movie has it ALL: comedy, romance, suspense, mild horror, music, and...  (read more)
6 of 43 people found this comment useful

Comments By: Lee Wilson
Sleeping Beauty is an original Walt Disney Masterpiece! Beautiful and enrapturing, with a musical score that won an Academy Award. The voice, and singing of Princess Aurora, Sleeping Beauty, is performed by the highly talented Mary Costa. Exquisite, warm...  (read more)
3 of 36 people found this comment useful 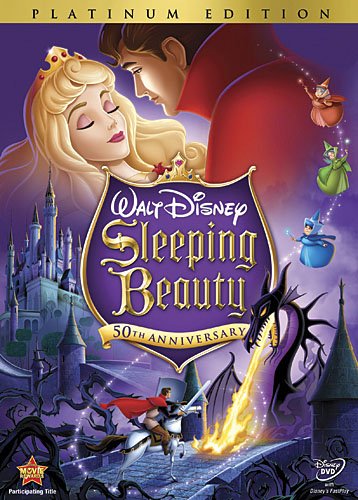 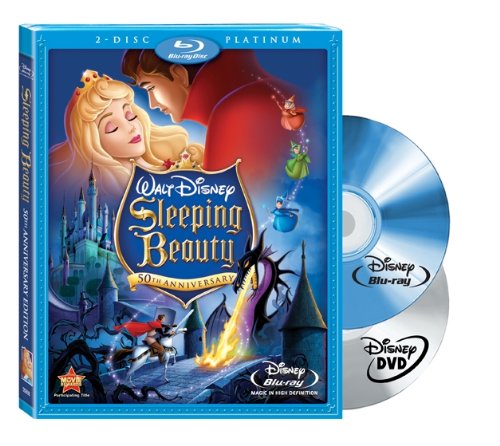