Other Studios : S : Hal Seeger : Out Of The Inkwell : A Haunting We Will Go

Additional Information about the TV Cartoon A Haunting We Will Go

A Haunting We Will Go

A Haunting We Will Go

Post your Comments or Review
This page has been viewed 134 times this month, and 969 times total.
>Unknown Tag: 'short_stud_crew'

The original Fleischer Out of the Inkwell shorts were very popular on early, content-starved television. In the early sixties, someone got an idea to update the series. Hal Seeger's studio was called upon to do the job. Through he was involved at the outset, Max Fleischer was unhappy with the content or quality of these made-for-TV shows, and removed himself from the project.

Seeger obtained the services of animation directors Shamus Culhane and Myron Waldman, as well as Max Fleischer (only in the pilot episode).
Traditional, Hand-drawn Animation.

Do you have anything to add to this page? Have we made any mistakes... or do you have any additional information about A Haunting We Will Go? If so, we would love to hear from you. Please send us a quick note with your additions or corrections to this page, and we will make the corrections as soon as possible!

Do you love A Haunting We Will Go, or do you think it is the worst cartoon ever? Let us know what you think! Surely you have an opinion... so share what you think. Take a minute and post your own comments about this cartoon here. 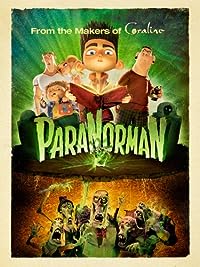