Other Studios : N : Nelvana Limited : Tales From the Cryptkeeper : This Wraps It Up

Additional Information about the TV Cartoon This Wraps It Up

This Wraps It Up

This Wraps It Up

Alternate Title: That About Wraps It Up

Post your Comments or Review
This page has been viewed 184 times this month, and 728 times total.
>Unknown Tag: 'short_stud_crew'

Alternate Title: "That About Wraps It Up."

Much like the series (and EC comics) that the cartoon was based on, the show featured different child characters weekly who ended up in twisted situations, but with a little more morality play than the HBO series. In this second season episode, The Vaultkeeper and The Old Witch (both narrators from the comic series) share storytelling duties with The Cryptkeeper.
Traditional, Hand-drawn Animation.

Do you have anything to add to this page? Have we made any mistakes... or do you have any additional information about This Wraps It Up? If so, we would love to hear from you. Please send us a quick note with your additions or corrections to this page, and we will make the corrections as soon as possible!

Do you love This Wraps It Up, or do you think it is the worst cartoon ever? Let us know what you think! Surely you have an opinion... so share what you think. Take a minute and post your own comments about this cartoon here. 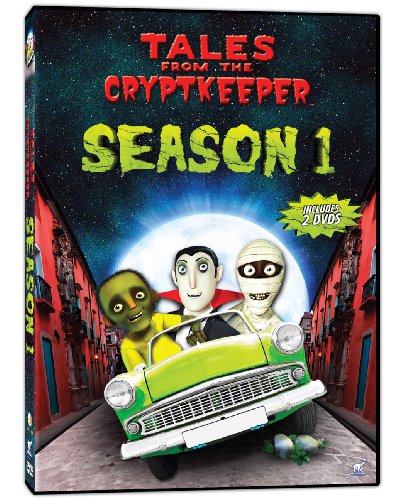