Additional Information about the Cartoon Special The Hobbit

by Dave Koch Post your Comments or Review
This page has been viewed 837 times this month, and 8536 times total.
>Unknown Tag: 'short_stud_crew'

Nearly 200 artists produced 110,000 animated cels for this feature, the first film dramatization of any of J.R.R. Tolkien's works.

Producer-directors Arthur Rankin, Jr. and Jules Bass rejected a half-dozen scripts before selecting the final one.

Rankin Bass Productions released a feature sequel, "The Return of the King," in 1980.
Traditional, Hand-drawn Animation.

Do you have anything to add to this page? Have we made any mistakes... or do you have any additional information about The Hobbit? If so, we would love to hear from you. Please send us a quick note with your additions or corrections to this page, and we will make the corrections as soon as possible!

Below are comments about this cartoon submitted by people who have seen this show. Take a look and see what others have said about The Hobbit. We want to know what you think, too!! Feel free to share your own opinion- we do want to hear from you! You can add your own comments here.

Comments By: garion
I read the Hobbit only 3 weeks before The Hobbit aired the first time, I thought they did a fairly good job. I was only disappointed by the Elves, espicially Elrond. (Strangley enough, the worst casting job in the New movies also). Excellant film for the...  (read more)
2 of 14 people found this comment useful

Comments By: TJRetro
Perfect movie for the entire family! With the "Lord of the Rings" craze happening with the new movies, I thought this one would catch some curious eyes of both the retro fanatics of old & the eyes just realizing the potential of such a great...  (read more)
1 of 19 people found this comment useful 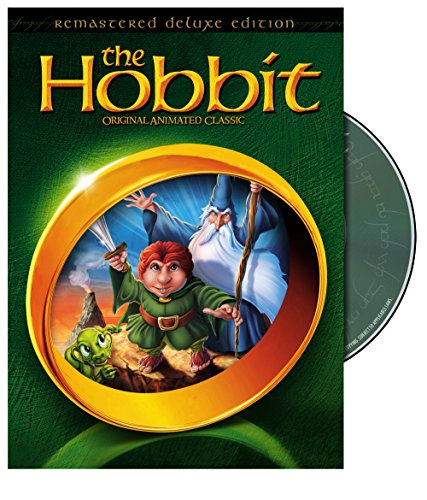