Additional Information about the Theatrical Cartoon My Old Kentucky Home

Contains animation (themes, sequences or characters) which modern audiences may consider derogatory toward certain ethnic or religious groups. Additionally, this cartoon contains the original lyrics of "My Old Kentucky Home," by Stephen Collins Foster (1853) which some consider offensive in modern times.

My Old Kentucky Home appears to be the first attempt at animated dialogue, as the dog mouths, "Follow the ball, and join in, everybody" in remarkable synchronization. This comes two years before Disney's Steamboat Willie where the parrot squawks, and Mickey Mouse did not even speak until two years after that.

The Song Car-tunes were only three to four minutes in length. The sound versions consisted of stock animation footage of Ko-Ko jumping out of the ink bottle and going to a black board, where he drew the Ko-Ko Kwartet in chalk line. The Kwartet then became animated and entered a theater, where Ko-Ko would appear at a lectern on stage, holding up a sign. The new footage for the individual cartoon would begin with a pun or description pertaining to the featured song. These cartoons then featured the song lyrics on the screen, highlighted with a bouncing white ball. In addition to the ball bouncing over the lyrics, the repeated chorus would have words animated, or characters would animate over the words as puns. Various Fleischer characters (such as Ko-Ko the Clown or Fitz the Dog) would make an appearance.
Traditional, Hand-drawn Animation.

Do you have anything to add to this page? Have we made any mistakes... or do you have any additional information about My Old Kentucky Home? If so, we would love to hear from you. Please send us a quick note with your additions or corrections to this page, and we will make the corrections as soon as possible!

Do you love My Old Kentucky Home, or do you think it is the worst cartoon ever? Let us know what you think! Surely you have an opinion... so share what you think. Take a minute and post your own comments about this cartoon here. 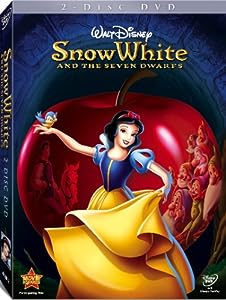