Little Nemo (1911) Theatrical Cartoon Post your Comments or Review
This page has been viewed 733 times this month, and 2270 times total.
>Unknown Tag: 'short_stud_crew'

Generally considered to be the first fully realized animated cartoon, it was based on characters from Winsor McCay's comic strip "Little Nemo in Slumberland."

This was the first appearance of comic strip characters in an animated film. McCay was inspired by his son's flipbooks to bring his characters to life.

McCay labored for at least two years on this film, creating 4,000 drawings on rice paper. Each had its own serial number and register marks in the upper corners, and each was mounted on larger, thicker paper to facilitate filming. Live-action segments shot at the Vitagraph Studio depicted a fictional bet between McCay, other cartoonists and comedian John Bunny about whether or not he could make his drawings move.

Besides being released to theaters, the film was featured in McCay's vaudeville act.

In 2009, the United States Library of Congress deemed the film "culturally significant" and selected it for preservation in the National Film Registry. "Its fluidity, graphics and storytelling was light years beyond other films made during that time," the Library of Congress said of the film. "A seminal figure in both animation and comic art, McCay profoundly influenced many generations of future animators, including Walt Disney."
Traditional, Hand-drawn Animation.

Do you have anything to add to this page? Have we made any mistakes... or do you have any additional information about Little Nemo? If so, we would love to hear from you. Please send us a quick note with your additions or corrections to this page, and we will make the corrections as soon as possible!

Below are comments about this cartoon submitted by people who have seen this show. Take a look and see what others have said about Little Nemo. We want to know what you think, too!! Feel free to share your own opinion- we do want to hear from you! You can add your own comments here.

Comments By: ladedas
I think that Little Nemo did a great job, being, as most people say, the second animation production ever.
0 of 19 people found this comment useful 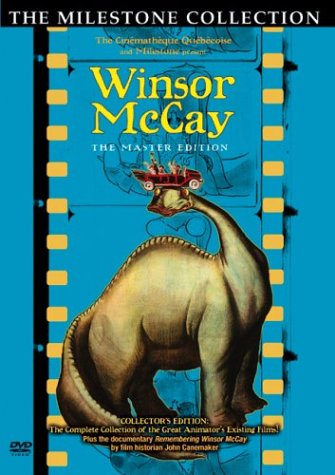