by Dave Koch Post your Comments or Review
This page has been viewed 3989 times this month, and 30576 times total.
>Unknown Tag: 'short_stud_crew'

Premiered at the El Capitan Theatre in Los Angeles, California. Nationwide release was on June 21, 2002.

With animated film budgets exploding to 100 million and over, Disney CEO Michael Eisner decided that it was time to take a step back. Lilo & Stitch was that new, lower cost film, and it was given a bare-bones, shoestring budget of 80 million dollars. How Disney could expect to make a decent film with an austere amount?

Mulan co-writers Chris Sanders and Dean DeBlois were brought in to write and direct this film based on an 1985 idea of Sanders' for a children's book. When the setting was moved from Kansas to the Hawaiian island of Kaua'i, the whole story was turned inside-out, and pushed the story in whole new directions.

As with most new Disney films, the key creative team took trips to the locales they were portraying to get a better feel for what many of them had only heard about. It was during one of those trips that a tour guide explained to the team the of Ohana and the extended Hawaiian families. As if to drive the concept home, DeBlois noted that everywhere they went, their guide knew someone.

The artwork for the film grew naturally from Chris Sanders' personal drawing style. Of course, the team was overwhelmed with the natural beauty of the islands. To capture the airy allure of the islands, the directors decided to recreate the bright and delicate atmosphere by painting the backgrounds for the film in watercolors, a medium not used by Disney for a feature film since 1940's Dumbo.

This film took in a total of $145.8 million. It captured nearly $35.3 million at the box office in its opening weekend, making Lilo & Stitch the second highest-grossing Disney animated summer film (the first was "The Lion King," which grossed $40.9 million in its first weekend).

This was the 42th film in the official Disney list of animated films.
Estimated budget of $80 million.
This film made $273.1 million in it's initial theatrical release.
2D CG Animation.

Thanks to many obnoxious TV ads where Stitch invades other Disney movies, Disney had me primed to despise Lilo and Stitch months before it came out. And the movie itself has only hardened my views.

Stitch's origins are all-too-well explained in a lengthy prologue. On an alien planet, a mad scientist (voiced by "M*A*S*H's" David Ogden Stiers) creates Stitch as an anti-social creature. The planet's keepers try to lock up both Stitch and his creator, but then Stitch escapes to Earth and the scientist is sent to catch him.

In a very contrived plotline, Stitch becomes a "pet" for Lilo, a parentless girl who is cared for by her older sister (Tia Carrere of Wayne's World), who is constantly dodging a nosy social worker (Ving Rhames--what a slumming cast!) eager to spirit Lilo away. Together, this disparate bunch learns the true meaning of love and togetherness, but not before the movie audience endures a lot of screaming, whining, and anti-social behavior. And that doesn't even take Stitch's antics into account.

The movie's co-director, Chris Sanders, does Stitch's voice and has claimed Stitch's wheezings evolved from noises he made to annoy his fellow animators. And the whole movie comes across as a big attempt to scratch its creators' fingernails across a blackboard. It grates on your last nerve and then cops out with a politically correct happy ending. (Disney must be proud that the movie's characters are multi-racial, but how does a mess like this honor anyone?)

What do you think Uncle Walt would make of a creature who spits out gallons of bodily fluids when he's angry and slurps them back up when he's trying to be cute? Disney and his contemporaries used to work for weeks on thought-out gags and then, if the gags didn't work, he'd discard them and start over. Nowadays, his namesake's studio is content to create creatures that would be right at home in a Farrelly Bros. comedy.

Do you have anything to add to this page? Have we made any mistakes... or do you have any additional information about Lilo & Stitch? If so, we would love to hear from you. Please send us a quick note with your additions or corrections to this page, and we will make the corrections as soon as possible!

Below are comments about this cartoon submitted by people who have seen this show. Take a look and see what others have said about Lilo & Stitch. We want to know what you think, too!! Feel free to share your own opinion- we do want to hear from you! You can add your own comments here.

Comments By: alecpele
This is a good production by Disney, even though it has a couple of drawbacks. The animation and music are brilliant. The scenes in the Hawaiian sea are very impressive and the modern versions of Elvis hits are delightful. The alien creature Stitch is not...  (read more)
12 of 56 people found this comment useful

Comments By: EO1TopDawg
I thought this movie was amazing! I especially loved the surfing scenes. Thay look so realistic. When Stitch and Nani drop in that final wave, we see a close up of Stitch and almost feel like we are there with him. It truly is amazing. The Elvis music is...  (read more)
4 of 43 people found this comment useful

Comments By: STARFOX
Lilo & Stitch are obviously weirdest twosome since "Dr. Jumb & Pelekai" and once they discover each other the fun is just starting and when the Alien authorities discover that Exp #626 had escaped by stealing a rocket and then crash landing it...  (read more)
1 of 46 people found this comment useful

Comments By: LilKearnsie
If the trailer is anything to go by, this movie will be positively hilarious. Has anyine seen the part with the record player?? I almost killed myself laughing!! It was so...  (read more)
5 of 30 people found this comment useful 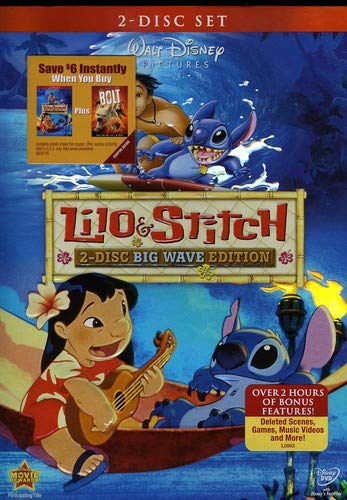 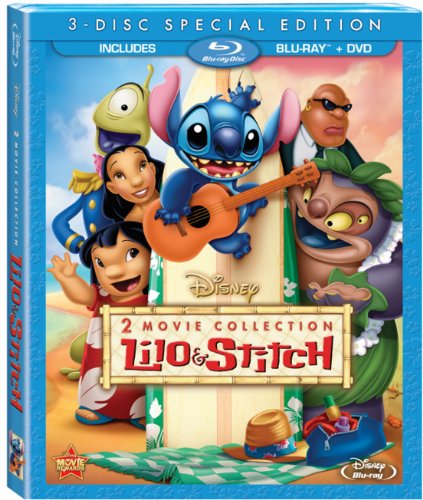