Additional Information about the Feature Film Song Of The South

by Dave Koch Post your Comments or Review
This page has been viewed 2064 times this month, and 14890 times total.
>Unknown Tag: 'short_stud_crew'

James Baskett (Uncle Remus) was the first live actor hired by Disney. James Baskett passed away two years after this cartoon is released.

Because Disney believes this film may contain themes, sequences or characters that some people may consider derogatory toward certain ethnic or religious groups- as well as direct pressure from African American advocacy groups- the Walt Disney Studios has been seen to "disown" the film by just ignoring it; Song of the South has not been released on video or DVD in the United States.

However, this film has been released on video in other countries- but not in a format which plays on VCRs in North America. Copies of the video in the PAL format have sold on Internet auction sites at high prices.
Estimated budget of $2.1 million.
This film made $65 million in it's initial theatrical release.
Live-Action/2D Animation Hybrid.

Song of the South represents an important transition in the filmmaking career of Walt Disney, from cartoon producer to live-action film producer. The production of live-action became necessary to Disney after World War II, since live-action was cheaper and faster to produce than animation. But Disney was known as a "cartoonist," and although The Three Caballeros (1945) contained some live action, Disney approached the tales of Uncle Remus as a way to simultaneously pursue the economy of live-action and the animation excellence for which he was already famous.

Renowned Cinematographer Gregg Toland (Citizen Kane) shot the lush Technicolor live-action sequences. Juvenile actors Bobby Driscoll and Luana Patten were signed to contracts at Disney- both would appear in other films for Walt. Ruth Warrick, who had played "the first Mrs. Kane" in Citizen Kane (1941), played Johnny's mother, and is known by millions today as Phoebe Tyler on the daytime drama "All My Children." Hattie McDaniel, who had won a special Oscar for Gone With The Wind (1939), played the feisty housekeeper Aunt Tempy.

The film was nominated for an Academy Award for Best Scoring of a Musical Picture, received an Oscar for Best Song ("Zip-a-Dee-Doo-Dah") and received an honorary Oscar to James Baskett for his portrayal of Uncle Remus.

The marriage of live action and animation was the initial foundation of Walt Disney's film career-the Alice in Cartoonland series of the 1920's had featured a live-action girl in a cartoon world. For Song of the South, the tales that Uncle Remus tells are separate animated sequences. In order to bridge the "real" world with the animated one, several special effects scenes in which the two worlds merge on screen were supervised by optical effects wizard Ub Iwerks (Iwerks had initially been Walt's partner and original animator of Mickey Mouse).

The merging of live action and animation also owes a debt to the art of Claude Coats and Mary Blair, whose overall color palette and visual styling for the film created a smooth connection between the two worlds.

The three animated sequences, "Running Away," "The Tar Baby," and "The Laughing Place" represent some of the tightest, fastest-paced and funniest scenes in a Disney feature. The personal interrelationships and timing required among the characters was so precise that scenes involving multiple characters were all animated by a single animator, rather than breaking the task down by character.

One of the problems faced in animating Brer Fox was that the actor James Baskett spoke at such a clip that the animators couldn't synchronize the fox's mouth movements with absolute accuracy. Legendary animators Frank Thomas and Ollie Johnston calculated that Baskett rattled off the fox's dialog at about 1/8 of a second per word! This was Baskett's last film.

Do you have anything to add to this page? Have we made any mistakes... or do you have any additional information about Song Of The South? If so, we would love to hear from you. Please send us a quick note with your additions or corrections to this page, and we will make the corrections as soon as possible!

Below are comments about this cartoon submitted by people who have seen this show. Take a look and see what others have said about Song Of The South. We want to know what you think, too!! Feel free to share your own opinion- we do want to hear from you! You can add your own comments here.

Song Of The South.

I've seen this film..when it was


And I never found it racist or

unreal in any way.

Comments By: ValeriaIHughes
As a American who is black, I want to see this released again. I remember seeing this when I was really young, and the singing was awesome! I want my kids to see it too. No one asked me or anyone that I know if they should seal this movie up because of...  (read more)
5 of 44 people found this comment useful

Comments By: BDS
I was fortunate enough while stationed in Japan to rent the Japanese Laserdisc release of this classic. The live action portions are painfully strained (not due to racial overtones; just a script that is weak and acting that pushes cute to regions beyond),...  (read more)
3 of 35 people found this comment useful

Comments By: Nato
You would think the racial climate in the United States would be such by now that we could see this movie for what it really is ,an inovative work that combines animation with live action, with some catchy tunes to boot . Oh well...  (read more)
3 of 32 people found this comment useful

Comments By: chakal
Song of the South is one of the great hidden treasures of Animation, scarcely seen not because of a lack of quality (it is excellent) but due to racial tensions in the United States. The songs are by and large all classics by now. The animation is crisp and...  (read more)
18 of 76 people found this comment useful 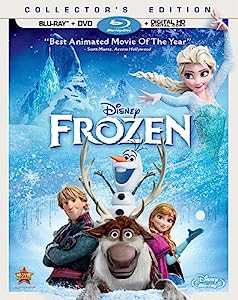