Additional Information about the Theatrical Cartoon September In The Rain 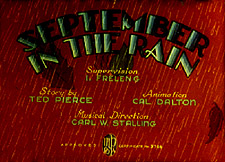 Post your Comments or Review
This page has been viewed 639 times this month, and 5315 times total.
>Unknown Tag: 'short_stud_crew'

Footage from the Freleng-directed cartoons "How Do I Know It's Sunday," "Billboard Frolics," "Flowers For Madame" and "Clean Pastures" was reused.

All scenes with black characters (such as Uncle Ben and Aunt Jemima) have been removed for TV syndication.

Do you have anything to add to this page? Have we made any mistakes... or do you have any additional information about September In The Rain? If so, we would love to hear from you. Please send us a quick note with your additions or corrections to this page, and we will make the corrections as soon as possible!

Below are comments about this cartoon submitted by people who have seen this show. Take a look and see what others have said about September In The Rain. We want to know what you think, too!! Feel free to share your own opinion- we do want to hear from you! You can add your own comments here.

Comments By: dingdog
Ah, I'll probably kick the bucket before they put this one on DVD......mainly because it's been cut to shreds in TV prints. This isn't an OFFENSIVE cartoon--merely a celebration of America's pop-and-jazz heritage.
The two...  (read more)
2 of 14 people found this comment useful

Comments By: dingdog
Just like so many other great 1930's musical cartoons with racial-stereotype scenes, this film's probably doomed to total obscurity. The sequences eliminated from nearly all TV prints are the two best in the film: the title song (in which Al Jolson,...  (read more)
1 of 10 people found this comment useful 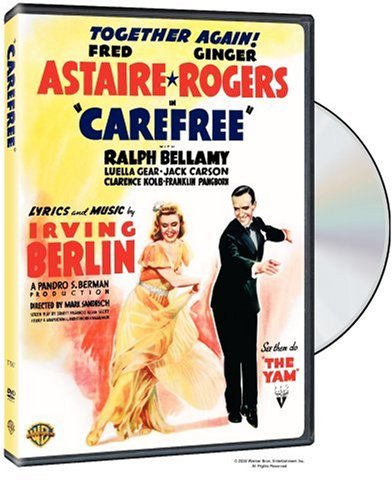 September In The Rain More DVD's