Additional Information about the Feature Film Tenkû No Shiro Rapyuta 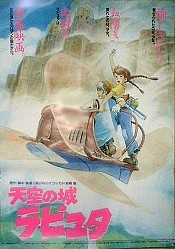 English Title: Castle in the Sky

Post your Comments or Review
This page has been viewed 1879 times this month, and 10186 times total.
>Unknown Tag: 'short_stud_crew'

Director Hayao Miyazaki incorporated themes from an aborted project that was later made as "Secret of Blue Water" in his absence. He added parts of "Gulliver's Travels," along with images from his visit to Wales following the miners' strike.

The movie was shown on a double bill with two episodes of "Sherlock Hound," a TV series by Miyazaki.

Do you have anything to add to this page? Have we made any mistakes... or do you have any additional information about Tenkû No Shiro Rapyuta? If so, we would love to hear from you. Please send us a quick note with your additions or corrections to this page, and we will make the corrections as soon as possible!

Do you love Tenkû No Shiro Rapyuta, or do you think it is the worst cartoon ever? Let us know what you think! Surely you have an opinion... so share what you think. Take a minute and post your own comments about this cartoon here. 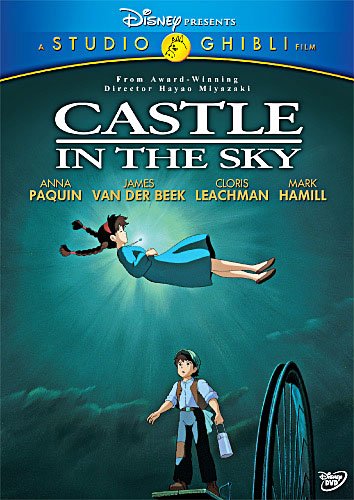