Other Studios : S : Studio Ghibli : Kaze No Tani No Naushika

Additional Information about the Feature Film Kaze No Tani No Naushika 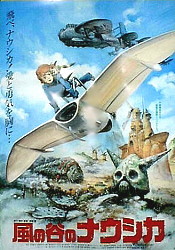 Kaze No Tani No Naushika

Kaze No Tani No Naushika

English Title: Nausicaä of the Valley of Wind

Post your Comments or Review
This page has been viewed 833 times this month, and 7708 times total.
>Unknown Tag: 'short_stud_crew'

Alternate Titles: "風の谷のナウシカ" and "Kaze No Tani No Nausicaä."
English Titles: "Nausicaä of the Valley of Wind," "Nausicaä," "Nausicaa," "Warriors of the Wind."

Based on a short segment of Hayao Miyazaki's 1982 manga, which was originally serialized in "Animage" magazine.

The film draws on several sources, including the Japanese folk tale "The Princess Who Loves Insects," and, for scenes beneath the Sea of Corruption, the 1959 movie adaptation of Jules Verne's "Journey to the Center of the Earth." An opening montage parodies Disney's "Bedknobs and Broomsticks" (1971), ending with Nausicaä in flight instead of a witch.

This film, like much of his later work, reflects Miyazaki's deep concern about man's relationship with the environment.

For two decades after this film was released, it polled high in Japanese top-10 lists.

Imitators included "Green Legend Ran." Even films with little connection, such as "Wind of Amnesia" and "Wings of Honneamise," had their titles changed to resemble "
Traditional, Hand-drawn Animation.

Do you have anything to add to this page? Have we made any mistakes... or do you have any additional information about Kaze No Tani No Naushika? If so, we would love to hear from you. Please send us a quick note with your additions or corrections to this page, and we will make the corrections as soon as possible!

Below are comments about this cartoon submitted by people who have seen this show. Take a look and see what others have said about Kaze No Tani No Naushika. We want to know what you think, too!! Feel free to share your own opinion- we do want to hear from you! You can add your own comments here.

nausicaa and the valley of the wind

Comments By: Anonymous Cartoon Lover
It's by Studio Ghibli and therefore excellent. See BCDB for summary of plot. It won an award in 1984, but seems new and fresh in 2010. It's an example of the best of anime- well-plotted, well-drawn, adventurous, but still joyful and poignant. ...  (read more)
3 of 22 people found this comment useful 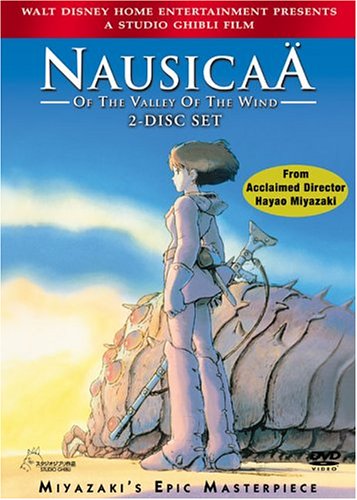 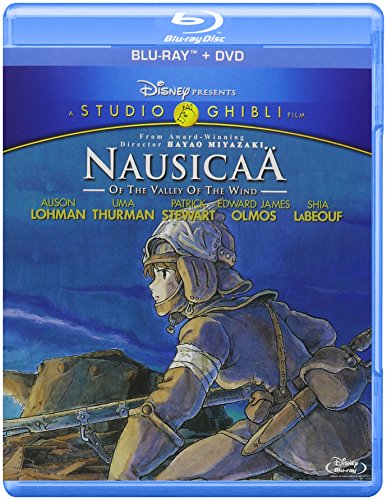