Other Studios : Z : The Saul Zaentz Company : The Lord Of The Rings

Additional Information about the Feature Film The Lord Of The Rings 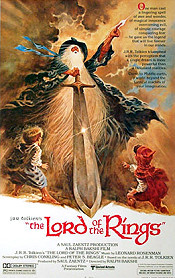 The Lord Of The Rings

The Lord Of The Rings

The Lord Of The Rings (1978) Feature Length Theatrical Animated Film

Post your Comments or Review
This page has been viewed 545 times this month, and 4885 times total.
>Unknown Tag: 'short_stud_crew'

Encompassed all of the first book and half of the second of J.R.R. Tolkien's Lord of the Rings trilogy.

Ralph Bakshi's animated adaptation of J.R.R. Tolkien's classic fantasy was a commercial and critical failure when it was released. The primary complaint was that the film didn't have a conclusion, abruptly ending about halfway into the second book of the series ("The Two Towers"); in addition, many characters and events were dropped or only touched upon briefly, which angered many Tolkien fans, and the enormous complexity of the story was confusing to those unfamiliar with the books. Needless to say, the film's box office failure prevented Bakshi from completing his adaptation, and it would take more than 20 years for Tolkien to reach the screen again, with much greater success.
Traditional, Hand-drawn Animation.

Do you have anything to add to this page? Have we made any mistakes... or do you have any additional information about The Lord Of The Rings? If so, we would love to hear from you. Please send us a quick note with your additions or corrections to this page, and we will make the corrections as soon as possible!

Below are comments about this cartoon submitted by people who have seen this show. Take a look and see what others have said about The Lord Of The Rings. We want to know what you think, too!! Feel free to share your own opinion- we do want to hear from you! You can add your own comments here.

The Lord of the Rings

Comments By: Scott LePew
This was a good movie. I actually saw it years before I read the book, and enjoyed it much, much more. There are those who enjoy literature, and those who prefer film. They each have their benefits and deficiencies, but this is one case where film definitely...  (read more)
1 of 33 people found this comment useful 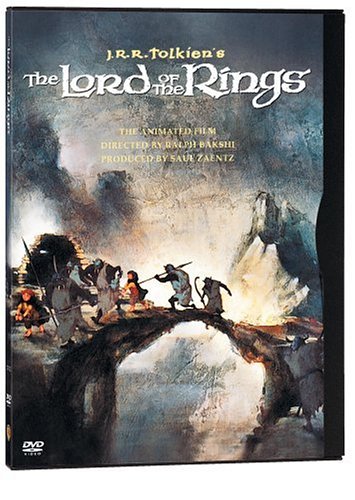 The Lord Of The Rings More DVD's