Additional Information about the Theatrical Cartoon Museum Of th' South

Post your Comments or Review
This page has been viewed 86 times this month, and 497 times total.
>Unknown Tag: 'short_stud_crew'

Deputy Dawg was first introduced on television in the fall of 1960. Following CBS's purchase of thew TerryToons studio, it was only a matter of time until the studios output was pointed to the airwaves. The Deputy Dawg Show was the first all-cartoon made-for-TV production of the TerryToons studio.

Deputy Dawg was the loyal but dim-witted Southern lawman from a backwoods Tennessee precinct, Creekmud Junction, and who, despite his own ineptitude, always manages to catch the bad guy. The animals that live in the nearby swamp tend to give Deputy Dawg a hard time. Most of the trouble stems from Muskie Muskrat and his predilection of stealing eggs from the Sheriff's henhouse.

Three incidental characters would be spun off from this show into their own. A little blue space alien would become Astronut, Mischa Mouse would become Macon Mouse for the theatrical Possible Possum series, and the Long Island Duckling would become Duckwood.

He became so popular in the south, that these cartoons were released theatrically two years later.

Ralph Bakshi has been credited with directing the last episodes.
Traditional, Hand-drawn Animation.

Do you have anything to add to this page? Have we made any mistakes... or do you have any additional information about Museum Of th' South? If so, we would love to hear from you. Please send us a quick note with your additions or corrections to this page, and we will make the corrections as soon as possible!

Do you love Museum Of th' South, or do you think it is the worst cartoon ever? Let us know what you think! Surely you have an opinion... so share what you think. Take a minute and post your own comments about this cartoon here. 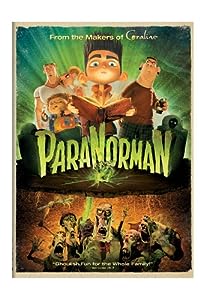