Post your Comments or Review
This page has been viewed 1050 times this month, and 3880 times total.
>Unknown Tag: 'short_stud_crew'

Heckle and Jeckle were two inseparable black magpies, identical in appearance but distinguishably different in personality. Though both were remarkably witty, Heckle spoke with a New York accent, while Jeckle's tone was much more refined. Together, they sought to con free meals and shelter out of the upper class, who in all honesty, presented little difficulty for the clever and mischievous birds.

The first TV appearance of Heckle and Jeckle was on CBS Cartoon Theatre and then thier very own The Heckle And Jeckle Cartoon Show, the very first prime time network animated cartoon series (appearing in 1956, years before The Flintstones). Dick Van Dyke was the host of the show, and he introduced the Heckle and Jeckle segments, along with those of Gandy Goose, by pretending to converse with the animated birds.

In 1979, the magpies appeared in their second show, The New Adventures of Mighty Mouse and Heckle and Jeckle. Once again, the two birds were on the lookout for a free ride, using their immense vocabularies and sharpened street smarts to get the best of people.

The high point of any Heckle and Jeckle cartoon was always the witty banter between the feathered friends. Instead of resorting to violence, the birds bested their foes by outwitting them, and while doing so, indulged in wry commentary that made their adversaries appear even more foolish.
Traditional, Hand-drawn Animation.

Do you have anything to add to this page? Have we made any mistakes... or do you have any additional information about King Tut's Tomb? If so, we would love to hear from you. Please send us a quick note with your additions or corrections to this page, and we will make the corrections as soon as possible!

Below are comments about this cartoon submitted by people who have seen this show. Take a look and see what others have said about King Tut's Tomb. We want to know what you think, too!! Feel free to share your own opinion- we do want to hear from you! You can add your own comments here.

Comments By: Borroloola
"King Tut's Tomb" is one of the very best Heckle & Jeckle cartoons, just a notch below "House Busters". "King Tut's Tomb" features some clever ideas and interesting visual compositions. There's even a...  (read more)
3 of 15 people found this comment useful 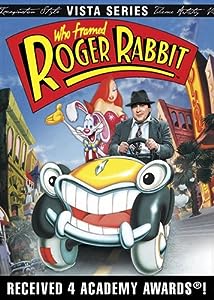