by Dave Koch Post your Comments or Review
This page has been viewed 2092 times this month, and 19558 times total.
>Unknown Tag: 'short_stud_crew'

The first animated film to be nominated for an Academy Award for best sound.

In 1948, the Hollywood Foreign Press Association gave Walt Disney a Special Achievement Award (one of the Golden Globe Awards) for the Hindustani version of Bambi. Disney was cited for "furthering the influence of the screen."

This was the 5th film in the official Disney list of animated films.
Estimated budget of $858,000.
This film made $267.4 million in it's initial theatrical release.
Traditional, Hand-drawn Animation.

The lovely and gentle Bambi was adapted from the 1929 novel by Felix Salten. The rights to the book had actually been purchased by producer/director Sydney A. Franklin (The Good Earth, Waterloo Bridge, Mrs. Miniver), who was eager to collaborate with Walt Disney on the project. He surrendered his rights and served as an advisor on the project. The opening credits express Disney's gratitude: "To Sidney A. Franklin, sincere appreciation for his inspiring collaboration."

Walt Disney had wanted to begin development on Bambi when he first read the book in 1935, but actual story development and study began in 1937 as production of Snow White and the Seven Dwarfs was winding down.

The film moved slowly through production, as Pinocchio (1940), The Reluctant Dragon (1941) and Dumbo (1941) superseded it. The desire for the ultimate combination of realism and animation art was at the heart of this sluggish progress, but the results delighted Walt Disney- "Fellas, this stuff is pure gold," he told the animators.

Bambi was released at the time that international markets were still cut off to Disney, so although the critical and public reaction was positive, the profits were relatively small. Over the years, the film has come to be revered for its gentle story and skillful stylization.

The realistic depiction of the animals and their settings led the production of Bambi to stretch over six years. Although work on the film was not continuous over this span, it rarely came to a complete halt. Four of Disney's key animators- Ollie Johnston, Frank Thomas, Eric Larson, and Milt Kahl-supervised the production "part-time" over its six-year schedule. They worked so diligently that Bambi was largely finished in early 1941, when the completion of Dumbo allowed Bambi to return to full production and completion.

The artists working on the film studied animal movement and anatomy under celebrated California artist Rico Le Brun. A pair of four-month-old fawns was sent to the Disney Studio from the Maine Development Commission for animator study. Two skunks numerous squirrels, birds, rabbits, chipmunks, owls, and other forest creatures were also brought to the "animal compound" at the Disney Studio. When the deer became too tame and well adapted to the human domain, their behavior was no longer reflective of deer in the wild. Walt sent Maurice "Jake" Day to Maine, where he shot extensive footage of not only deer, but also anything else that could help document the world of a "real" forest.

Although renowned for its "realistic" animation, Bambi also features beautifully stylized work, including Bambi's fight with the young buck and the forest fire.

More than four million drawings were executed during the production of Bambi. In addition to the animators, a staff of 25 scenic artists created more than 450 background paintings, working in oils rather than the usual tempera or water-color to achieve greater depth in the forest settings.

Do you have anything to add to this page? Have we made any mistakes... or do you have any additional information about Bambi? If so, we would love to hear from you. Please send us a quick note with your additions or corrections to this page, and we will make the corrections as soon as possible!

Below are comments about this cartoon submitted by people who have seen this show. Take a look and see what others have said about Bambi. We want to know what you think, too!! Feel free to share your own opinion- we do want to hear from you! You can add your own comments here.

Comments By: joker33
I saw this movie when I was four or five years old. I really enjoyed it, except of course when Bambi's mom dies. As soon as I heard that gunshot and Bambi calling for his mother, I just bawled my eyes out. Except for that one part, this is a great...  (read more)
1 of 45 people found this comment useful

Comments By: DGSafewright
Bambi is the story of a curious deer Bambi. Bambi hangs around with His forest friends; a rabbit named Thumper, a skunk named flower, and all the other animals of the forest. All of the animals are friends, they have no enemies except for one: man. This is...  (read more)
2 of 47 people found this comment useful

Comments By: jamieguo
Disney made other films before than some may consider masterpieces, Snow White and the Seven Dwarfs, Fantasia, Pinocchio or Dumbo, but to me, while all those movies have elements of a masterpiece, the animation in Fantasia, or Snow White, the story in...  (read more)
10 of 66 people found this comment useful

Comments By: LongshotJB
The cinematography and animation alone makes this movie come alive for all who watch it. My sons enjoy the movie so much, and we talk about what happens to his mother. It truly is a...  (read more)
3 of 34 people found this comment useful

Comments By: Arare
Separating itself from all other Disney films, it's unique groundbreaking animation techniques give it the title of Walt Disney's favorite picture. It's wonderful plot building, stunning animation and art make it a visual masterpiece. It...  (read more)
4 of 45 people found this comment useful 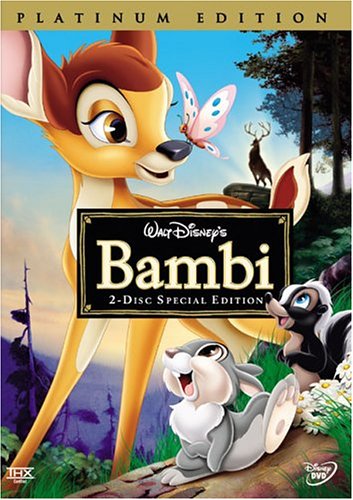 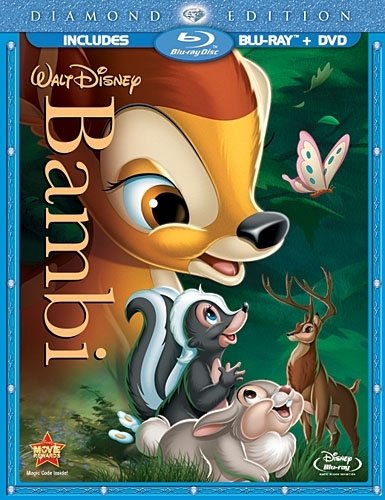