Post your Comments or Review
This page has been viewed 1111 times this month, and 7148 times total.
>Unknown Tag: 'short_stud_crew'

Vocal Chorus "Saint James Infirmary Blues" sung by Cab Calloway (as Koko), a cute song about identifying the body of a dead, cocaine-addicted prostitute in the morgue. Strong stuff for the thirties. The scene was rotoscoped to Cab's dancing, while eerie scenes pass by in the background. This cartoon remains unsurpassed in its Dali-esque imagery, and literally must be seen to be believed.

The only recording of Cab Calloway and his Orchestra performing "Stoppin' the Traffic" may be in this cartoon.

In 1994, Snow-White was one of 25 films added by the Library of Congress' National Film Preservation Board to the National Film Registry.
Traditional, Hand-drawn Animation.

Do you have anything to add to this page? Have we made any mistakes... or do you have any additional information about Snow-White? If so, we would love to hear from you. Please send us a quick note with your additions or corrections to this page, and we will make the corrections as soon as possible!

Below are comments about this cartoon submitted by people who have seen this show. Take a look and see what others have said about Snow-White. We want to know what you think, too!! Feel free to share your own opinion- we do want to hear from you! You can add your own comments here.

Comments By: steamboat
One of the most overlooked aspects of this cartoon is the backgrounds behind the dancing Koko. Example: The skeleton card game in the background. Owing to the morbid economic times in the early 1930's, cartoons like these, because of the musical content...  (read more)
2 of 21 people found this comment useful

Comments By: artieroo
This is probably one of the most astonishing cartoons on all history. The beginning and the end are typical of the animation of the time, with the wacky touch of the cartoons of the period, but the scene where Koko the clown is transformed into a ghost by...  (read more)
3 of 19 people found this comment useful

Comments By: BigAWB
I remember this cartoon from my childhood. It is by far the best cartoon story I have ever experienced. Seeing is believing.
3 of 23 people found this comment useful

Comments By: mikelacy
This must stand above all cartoons for its portrayal of the sheer horror that hides in our subconscious. Roland C. (Doc) Crandel animated this cartoon alone...over a six month period. The huge panoramic background is so full of eerie tablaux that one must...  (read more)
5 of 22 people found this comment useful

Comments By: sallylou
Snow White is the Boop cartoon that actually made the Library of Congress National Registry of most important American films - yep, it's that good! The basic Snow White story - bad queen, poor little princess, hiding out in the woods - only when...  (read more)
8 of 24 people found this comment useful 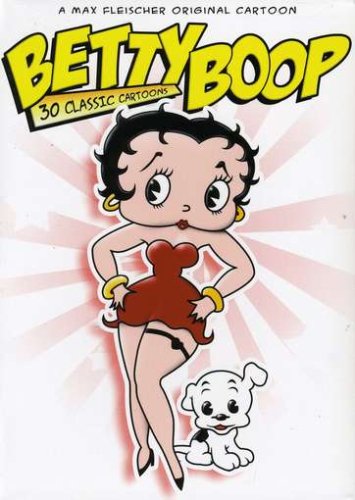