Additional Information about the TV Cartoon BraveStarr And The Treaty 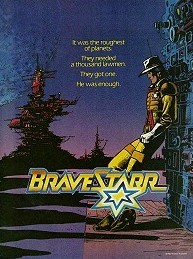 BraveStarr And The Treaty

BraveStarr And The Treaty

by Dave Koch Post your Comments or Review
This page has been viewed 616 times this month, and 1008 times total.
>Unknown Tag: 'short_stud_crew'

Frontier justice moved to the final frontier in Filmation's BraveStarr. Set in the 24th century, the syndicated series starred Marshal BraveStarr, lawman of the distant planet New Texas, who could call upon the powers of nature to aid his cause—strength of the bear, speed of the puma, eyes of the hawk, ears of the wolf. Operating from his HQ at Fort Kerium, BraveStarr kept the peace the only way he knew how: by kicking evil solidly in the rear.

Standing squarely against the forces of good was the thoroughly evil Tex-Hex, leader of the Carrion Bunch, an outlaw gang financed by the shadowy cartel called Stampede. The baddies were out to round up the planet's supply of valuable Kerium.

BraveStarr was the last cartoon to come out of Filmation, the company that brought The Archie Show, Fat Albert and the Cosby Kids and He-Man and the Masters of the Universe to animated life. Unfortunately, BraveStarr couldn't match the success of these earlier Filmation series, riding into the sunset after 65 weekday episodes.

Do you have anything to add to this page? Have we made any mistakes... or do you have any additional information about BraveStarr And The Treaty? If so, we would love to hear from you. Please send us a quick note with your additions or corrections to this page, and we will make the corrections as soon as possible!

Do you love BraveStarr And The Treaty, or do you think it is the worst cartoon ever? Let us know what you think! Surely you have an opinion... so share what you think. Take a minute and post your own comments about this cartoon here. 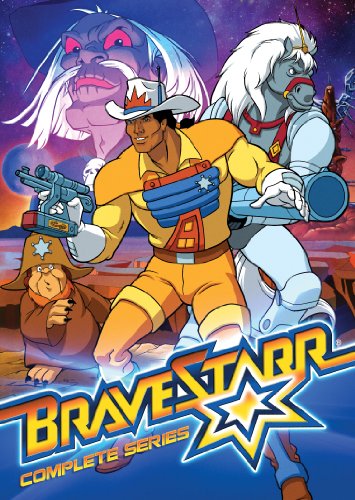