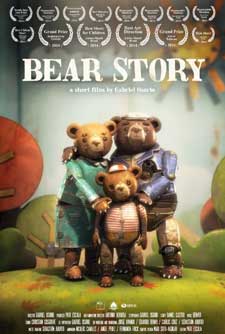 by Dave Koch Post your Comments or Review
This page has been viewed 357 times this month, and 1600 times total.
>Unknown Tag: 'short_stud_crew'

My grandfather, Leopoldo Osorio, was detained on 1973, during Pinochet’s dictatorship in Chile. He was incarcerated for two years, after which he fled to England, forced to live in exile and be apart from his family.

During my childhood I felt the invisible presence of an absent grandfather, who was not dead, but was not present in my life. My short film Bear Story is not about the life of my grandfather, but it is inspired by his absence and the mark it left on me.

Bear Story leaves some questions unanswered. What happened to the bear’s family? Where are they? These are the same questions that thousands of families ask themselves, who up to this day still don’t know where their loved ones ended up. I hope these questions never need to be asked again.

This short film is the result of over two years of hard work. Some of the best Chilean animators and artists came together to make it happen. I sincerely hope that Bear Story reminds the audience of their loved ones and their significance in their lives.

Do you have anything to add to this page? Have we made any mistakes... or do you have any additional information about Historia de un Oso? If so, we would love to hear from you. Please send us a quick note with your additions or corrections to this page, and we will make the corrections as soon as possible!

Do you love Historia de un Oso, or do you think it is the worst cartoon ever? Let us know what you think! Surely you have an opinion... so share what you think. Take a minute and post your own comments about this cartoon here. 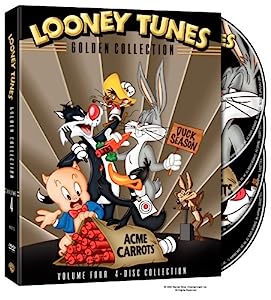